Abbas has been the head of the PLO since 2004, after replacing the terrorist Yasser Arafat when he died.

Abbas recently engineered a number of changes within the PNC to ensure that the PLO remains the faction in control of the PA, in particular, granting the PLO the power to appoint Abbas’s successor in case of his demise. Other changes include getting rid of two rivals, Yasser Abed Rabbo and Ahmed Qurei, from the 15-member PLO Executive Committee.

This was the first PNC meeting in 22 years.

The PNC also condemned the US for planning to move it’s embassy to Jerusalem, the eternal capital of Israel, and blamed both Israel and America orchestrating a diversion campaign, by pointing out that Abbas is a rabid anti-Semite, based on his own words. 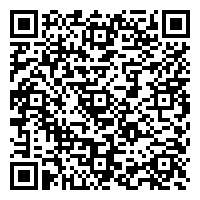