I have been a proud deplorable for over a year. Stretching back to last summer’s discontent with sixteen other Republican candidates, I found my voice in an unlikely contender. And ever since, I’ve found myself justifying a brash outsider to disbelievers.

Donald Trump has become the ultimate candidate for this time and place of desperate Americans baffled at the staggeringly wrong course their beloved country has taken. And they are determined to at least have a go at setting it right again.


I am not a blue-collar gun-toting rural white male. And I do not fit Hillary’s definition of Trump fans as “racist, sexist, homophobic, xenophobic, Islamophobic.” I am a Trump supporter who welcomes the man’s courage to holler about the destructive nature of political correctness and establishment politics. And I am tolerant of the faults and human errors that accompany the man without detracting from his appeal.

In the months leading up to his nomination, Trump’s foibles may have overshadowed some of his competitors’ messages, but they never outweighed his own. Like everything else about Trump, those foibles seem outsized. They are not, however, merely tolerated by blind devotion; they augment the urgency of his message.

And no character flaw Trump possesses is big enough to contravene that message.

To anyone who truly cares about the future of this country and the future of our freedoms, that message is clear. In its simplest form, it translates into an almost tangible mixture of relief at having found a champion of the real victims of political correctness and establishment politics; a candidate who instills in millions of Americans newfound optimism in the possibility of changing course.

Whether or not one wholly approves of Trump’s temperament or is convinced of his conservative bona fides, shooting the messenger has essentially become shooting oneself. Once the nomination was solidified, liking Trump or not became irrelevant.

It is what it is. Or as my kids say, “get over it.” The dwindling number of Never Trump diehards cannot see the forest of their country for the trees of political allegiance – the end result being the demise of both.

For many of us who love this country, voting for Hillary is voting for thirty years of political grime that has rightfully earned her widespread distrust – from Travelgate to Emailgate, from Benghazi to the Clinton Foundation, from the Bosnia whopper to defaming the women her husband involved himself with in one way or another.

A vote for Trump is not just a political defense maneuver or a vote against Hillary. It’s a means of reasserting American values and culture that have been under attack from within.

The pathology of Hillary’s prevarications mirror the pathology of our country’s false political narrative, hoisted upon it by Obama and like-minded liberals. Obama’s America has been afflicted by a disease of self-denigration, symptoms of which include the debasement of our national pride and the corruption of our Judeo-Christian values. And Hillary’s endorsement of this transformation is a promise of more to come.

“Make America Great Again” is more than a simple slogan or a conjuring up of feel-good nostalgia. It’s an antidote. It’s a concrete rallying cry to halt the ever-growing reach of big government, with its increased taxation, regulation, and accompanying spiraling debt. It’s a denunciation of Obamacare. And it’s a promise to preserve the nation’s judicial integrity by appointing judges who will protect American’s constitutional rights rather than legislate from the bench.

It’s a call to arms to protect America from the growing threats of illegal immigration at our borders and terrorism on our shores. It’s a summoning up of the disappearing pillar of law and order, both nationally and internationally. And it’s a plea to speak truth about American pride by shoring up our once-great military and identifying the enemy for who and what it is.

It’s also a fight against a cultural avalanche that has changed the face of America. The past eight years have seen an accelerated flouting of social barriers and taboos, and with it, the flouting of the American family and its future. Hate groups such as Black Lives Matter and BDS have alarmingly become liberal America’s new darlings. And the first black president has, ironically, presided over the most acute collapse of race relations in decades.

On the world stage, “Make America Great Again” is a hearkening back to the days when our country instilled fear in the hearts of its foreign enemies, security in the hearts of its allies, and pride in the hearts of its own citizens. The world continues to teeter since Secretary of State Clinton presided over the collapse of the Middle East with her disastrous policies during the years of the Arab Spring. And Obama’s deal with Iran, the world’s foremost state sponsor of terrorism, is essentially a delayed nuclear breakout guarantee, cemented with the recent $1.7 billion taxpayer cash payments to the mullahs.

Supporters of Israel, the one democracy in the Middle East, should be encouraged by Trump’s denunciation of the Iran deal as a concrete threat to both Israel and America. They should be heartened by his recent pledge to Prime Minister Netanyahu that he would recognize Jerusalem as Israel’s capital. And they should celebrate the most pro-Israel Republican platform ever.

The list of problems that have come to define the Obama years is long and perilous. And Trump’s unlikely ascendancy is testament to the volatility of our times. Drastic circumstances require drastic measures. And the rot from within our government circles demands a cure from without.

This year’s presidential campaign may have left many Americans scratching their heads and wondering if this is the best a country of more than 300 million people can offer. But we do have a clear choice between the two major candidates, and anyone who still cherishes the promise of the American Dream, and is sick of government corruption and exploitation, has the opportunity to dispatch Hillary to a much delayed retirement from public life.

A Victory For Educational Choice 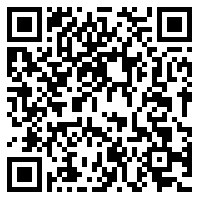