Israel and Germany have begun top echelon political and security negotiations of the purchase of new Dolphin class submarines, Israel Defense reported Friday. The IDF’s five-submarine fleet, its most expensive weapons system, is its longest arm in a potential war with a nuclear Iran. The purchase of the sixth submarine was an option that was part of the 2012 deal signed between the two countries, with Germany paying for about a third of the cost of each sub — $180 million out of half a billion dollars.

In the past the IDF’s strategic thinking regarding the submarine fleet was in dispute between former Defense Minister Ehud Barak and former Prime Minister Ehud Olmert. Olmert accused Barak of planning to buy a sixth submarine not because this was what the IDF needed (then Chief of Staff Gabi Ashkenazi was vehemently against such a purchase) but because the Germans bribed him. Eventually, it was Olmert who ended up being sentenced to prison over  taking a bribe. Takes one to know one?


The reason Lieut. Gen. Ashkenazi was against the deal was that it was being paid for out of the shekel part of the IDF budget, rather than the US aid dollars.

As the new Dolphin class submarine arrives, in 2018, one of its older sisters will be decommissioned. Despite past IDF reluctance, the Israeli Navy has now developed a five-submarine strategy, and will buy two more new Dolphins to replace older ones, all with German subsidies.

The diesel-electric Dolphin 2-class submarines, developed and constructed by Howaldtswerke-Deutsche Werft AG for the Israeli Navy, are the largest submarines to have been built in Germany since World War II. Each Dolphin-class submarine is capable of carrying a combined total of up to 16 torpedoes, as well as cruise missiles with a range of 930 miles. This means the Israeli subs can hit anywhere in Iran should the need arise, including with nuclear warheads.

According to Jane’s Defence Weekly, the Dolphin class submarines are nuclear armed, offering Israel a sea based second strike capability, in case its own territory had been struck by nuclear weapons and its land bases had been destroyed. It could still wipe out Iran, for instance.

Most of Israel’s Dolphins are normally based in the Mediterranean, but at least one was sent through the Suez Canal to the Red Sea for exercises in June 2009, and docked in the naval base in Eilat, probably as a warning to Iran. According to Haaretz, the Eilat naval base is strategically unsuited for Dolphin class boats, and getting them out of the Red Sea at a time of war would necessarily involve the consent of Egypt and Saudi Arabia who both control the Straits of Tiran.

According to The London Sunday Times, the Israeli Navy keeps at least one submarine equipped with nuclear missiles permanently of the Lebanese and Syrian coast. 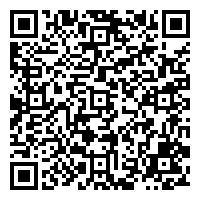