Home InDepth Columns A Political Comeback Attempt
Share on Facebook
Tweet on Twitter
When Israeli Defense Minister Ehud Barak attempted to break the link between the Har Bracha Hesder Yeshiva and the IDF (Israel Defense Forces), few of us were surprised. Ehud Barak is the head of the Labor Party who seems to be using this anti-religious “weapon” in order to make a political comeback for his failing leftist party. His anti-religious position is well known, and his attempt to discredit Rabbi Eliezer Melamed and the Hesder Yeshiva movement is not unexpected. In the past, other politicians have used their opposition to religion to improve their political status, and Barak knows that he and his party are falling apart.

What was unexpected was the support Barak received from Prime Minister Netanyahu. In the last election, many Orthodox Jews voted for the Likud and for Netanyahu in the mistaken belief that the Likud would not prevent settlements from expanding. They seem to have forgotten that it was former Likud ministers in the Kadima Party who led the fight to return the Gaza Strip to the Hamas terrorists.

The latest anti-religious moves by the Likud-Labor coalition again show how foolishly those Orthodox voters, led by Moshe Feiglin, acted in supporting the Likud. The Likud continues to fool Orthodox Zionist voters into supporting non-religious Likud candidates. Instead of investing their energy and votes in the Likud, Orthodox voters should invest their energy in creating a unified religious Zionist party. Unfortunately, these Likud voters continue to refuse to recognize their error. What a waste!

It is clear that Barak’s punishment of Rabbi Melamed and his yeshiva will cause more rifts in the IDF than it will heal. The political use of the IDF to destroy Jewish settlements is a serious mistake. Barak is using his position to generate political power by removing a Hesder Yeshiva from its military framework.  It will be a shame to alienate these motivated and idealistic youngsters from serving in the IDF.

Several commentators have pointed out that it is interesting that Barak is willing to allow academic freedom when university professors at Tel Aviv or Hebrew University malign the IDF. These professors have advocated that soldiers refuse to serve in “occupied territories.”  But when a Rosh Yeshiva dares to speak out against using the IDF for political purposes, it is considered anti-democratic. Can it be that in the State of Israel, college professors may openly express their opinions, while rabbis are prohibited from doing so? There have been no threats to cut off funds from the ROTC type Atuda programs at Tel Aviv or Hebrew University.

Rabbi Melamed’s viewpoints were supported by Rabbi Eliezer Waldman, head of the Nir Yeshiva in Kiryat Arba, who said that, “Today we are all Har Bracha.” Rabbi Eliezer Waldman was quoted as saying that Barak’s action will unite all the religious-Zionist factions and rabbis. The incident of soldiers waving protest signs against expelling Jews from their homes in Judea and Samaria was blown out of proportion. “The Defense Minister himself is aware that the Hesder yeshiva heads, including Rabbi Melamed, oppose demonstrations within the army.”

It is well known that Rabbi Melamed has always supported military service and has taught his students that it is an important religious commandment. In a recent speech, he was quoted as saying, “The defense minister’s accusations against our graduates and against me personally are blood libels which might promote him politically, but which are also destroying the army, national unity, and the foundations of democracy.” It is not the rabbis who are endangering the existence of the army. It is the security establishment’s involvement of the army in political matters.

“What Barak has done will only deepen the feeling of alienation that religious-Zionist youth feel toward the IDF, the government, and other state institutions. The cruel thing is that there is a concerted attempt to force these idealistic youth to take part in the destruction of their dreams.”

It is not the rabbis who are endangering the army, but rather the use of the soldiers to enforce political decisions against fellow Jews. It is bad enough when the government uses Druze police officers to remove Jews from their homes. To use the children of the settlers to remove their parents and friends from their homes is nothing less than criminal. 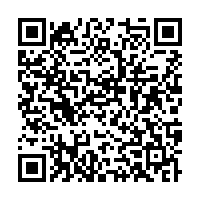