Miftah, a radical Palestinian organization that co-sponsored and organized the rejected trip to Israel by Representatives Rashida Tlaib and Ilhan Omar, published an anti-Semitic screed on its website baselessly accusing Israel of stealing organs from Ukrainian children and earthquake victims in Haiti.


The conspiracy missive was authored by Bouthaina Shaaban, an adviser to Syrian dictator Bashar al-Assad, and is still present on Miftah’s website as of this writing.

It was published just after the catastrophic earthquake in Haiti in 2010 and accuses the U.S. and Israel of offering assistance to victims for “hidden political and military objectives.” In the case of Israel, Shaaban claimed that the Jewish state was harvesting organs.

The February 2010 piece on Miftah’s website claims: “After the Swedish journalist Donald Bostrom wrote about the Israeli army killing Palestinian youth in order to harvest their organs, there were other media reports about Israelis stealing Ukrainian children in order to harvest their organs. Once again there are documented reports from Haiti that organs are being stolen by Israelis without international justice intervening to put an end to such criminal practices against innocent vulnerable people.”

Shaaban did not say which “documented reports” she was referring to that purportedly show that “organs are being stolen by Israelis in Haiti.” Nor did she specify which “media reports” were about “Israelis stealing Ukrainian children in order to harvest their organs.” The piece was also published in Lebanon’s Daily Star.

The Jerusalem Post previously traced a debunked claim about Israeli organ harvesting in Haiti to a Gaza-based website and a propaganda claim on Hezbollah television.

The reference to Swedish journalist Donald Bostrom refers to a wild claim printed in 2009 by the Swedish tabloid Aftonbladet that the IDF was harvesting Palestinian organs. Israel’s Foreign Ministry called it “a mark of disgrace” for the Swedish media, while Prime Minister Benjamin Netanyahu demanded that Sweden condemn the outlet. The Wall Street Journal dubbed the piece a “blood libel.”

The “media reports” about “Israelis stealing Ukrainian children in order to harvest their organs” seem to be about a Ukrainian professor who baselessly claimed at a November 2009 conference in Kiev that Israel brought in thousands of Ukrainian children to use their bodies as “spare parts.”

Instead of condemning Reps. Rashida Tlaib and Ilhan Omar for their rabid ant-Semitism or for plotting a trip to Israel clearly meant to demonize and smear the Mideast’s only democracy, Democratic leaders continue to fume at Israel’s envoy to Washington, Ron Dermer, over statements he made prior to the denial of entry to the two extremist Congresswomen.

Ron Kampeas, writing for the Jewish Telegraphic Agency (JTA), reports that “House majority leader, Rep. Steny Hoyer of Maryland, is especially infuriated because Dermer appeared to assure him that Tlaib and Omar would be permitted to visit.”

Kampeas reports that “multiple Democrats told The Jewish Telegraphic Agency that Ron Dermer’s role in the banning of two congresswoman from visiting Israel means he will never get a meeting in a Democratic office again.”

Democrats are reportedly angry because a few weeks prior to Israel’s decision to reject Omar and Tlaib’s trip, the Israeli ambassador had assured Hoyer that “out of respect for the U.S. Congress and the great alliance between Israel and America, we would not deny entry to any Member of Congress into Israel.”

Never mind that as an ambassador, Dermer would not play a role in the decision to reject the provocative trip by Omar and Tlaib. Their visit was clearly a ploy to push an anti-Israel agenda tied to the ideology of the Boycott, Divestment and Sanctions (BDS) Movement ultimately seeking to destroy the Jewish state.

Dermer was conveying the Israeli government’s position as it stood prior to a visit to Israel by a Congressional delegation led by Hoyer. Omar and Tlaib did not go on Hoyer’s trip and instead decided to stage a separate, anti-Israel tour.

A week after Dermer made those statements and one week after Hoyer’s visit, Israel obtained the two anti-Semitic lawmakers’ itinerary showing Omar and Tlaib’s intention to use the trip to harm Israel’s reputation and support BDS ideology.

Israel’s ban is in keeping with a law that allows the country to deny passage to BDS leaders given that the movement singles out Jews for boycott and acts to delegitimize the Jewish state. Omar and Tlaib are the leaders of that movement in Congress. Only a few weeks ago, the two introduced a Congressional resolution aimed at supporting the antisemitic BDS Movement. 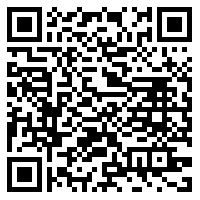