Acting U.S. Ambassador to Ukraine Bill Taylor, who provided key testimony to the Democrats’ controversial impeachment inquiry last week, led an election observation delegation in Ukraine earlier this year for a George Soros-funded organization that at the time boasted Hunter Biden on its small chairman’s council.


Two months before he came out of retirement to serve as the highest ranking U.S. official in Ukraine, Taylor led an election observer delegation to Ukraine’s April 21, 2019 second round presidential election for the National Democratic Institute (NDI) organization.

The delegation’s mission, according to NDI literature, was to “accurately and impartially assess various aspects of the election process, and to offer recommendations to support peaceful, credible elections and public confidence in the process.”

Taylor led the team along with former Director of the Organization for Security and Cooperation in Europe’s Office for Democratic Institutions and Human Rights (OSCE/ODIHR) Audrey Glover and former Minister for European Union Affairs Birgitta Ohlsson.

Hunter Biden at the time served on NDI’s 10-person Chairman’s Council, which describes itself as bringing together “leaders from corporate, philanthropic, and academia sectors to provide expertise, counsel and resources to help the Institute meet these evolving challenges.”

Biden was engaged in Ukraine in his role as a board member for Burisma, the Ukranian natural gas company at the center of allegations regarding Joe Biden’s involvement in Ukraine policy during the Obama administration while his son was being paid by Burisma.

NDI did not immediately respond to a Breitbart News inquiry about when Hunter Biden was removed from the organization’s chairman’s council. The WayBack Internet archive shows Biden was listed on NDI’s website in that position until at least August 2019, encompassing the period when Taylor led the organization’s delegation.

Earlier this month, an attorney for Biden said the former vice president’s son had stepped down from the Burisma board and that he planned to step down from the board of BHR, a Chinese company seeking to invest Chinese funds outside China.

The NDI is not Taylor’s only seemingly conspicuous link. Last week, Breitbart News reported that Taylor has evidenced a close relationship with the Atlantic Council think tank, writing Ukraine policy pieces with the organization’s director and analysis articles published by the Council. The Atlantic Council is funded by and works in partnership with Burisma.

Another senior adviser to the USUBC is David J. Kramer, a long-time adviser to late Senator John McCain. Kramer played a central role in disseminating the anti-Trump dossier to the news media and Obama administration.

Taylor participated in events and initiatives organized by Kramer.

The links may be particularly instructive after Breitbart News reported that itinerary for a trip to Ukraine in August organized by the Burisma-funded Atlantic Council for ten Congressional aides reveals that a staffer on Rep. Adam Schiff’s House Permanent Select Committee on Intelligence held a meeting during the trip with Taylor. The pre-planned trip took place after the whistleblower officially filed his August 12 complaint and reportedly after a Schiff aide was contacted by the so-called whistleblower.

Besides Burisma funding, the Atlantic Council is also financed by Soros’s Open Society Foundations, Google, and the U.S. State Department. Another Atlantic Council funder is the Rockefeller Brothers Fund, Inc.

Google, Soros’s Open Society Foundations, the Rockefeller Fund, and an agency of the State Department each also finance a self-described investigative journalism organization repeatedly referenced as a source of information in the whistleblower’s complaint alleging Trump was “using the power of his office to solicit interference from a foreign country” in the 2020 presidential race.

The charges in the July 22 report referenced in the whistleblower’s document and released by the Google and Soros-funded organization, the Organized Crime and Corruption Reporting Project (OCCRP), seem to be the public precursors for a lot of the whistleblower’s own claims, as Breitbart News documented.

One key section of the whistleblower’s document claims: “multiple U.S. officials told me that Mr. Giuliani had reportedly privately reached out to a variety of other Zelensky advisers, including Chief of Staff Andriy Bohdan and Acting Chairman of the Security Service of Ukraine Ivan Bakanov.”

This was allegedly to follow up on Trump’s call with Zelensky in order to discuss the “cases” mentioned in that call, according to the whistleblower’s narrative. The complainer was clearly referencing Trump’s request for Ukraine to investigate the Biden corruption allegations.

Even though the statement was written in first person – “multiple U.S. officials told me” – it contains a footnote referencing a report by the Organized Crime and Corruption Reporting Project (OCCRP).

“In a report published by the Organized Crime and Corruption Reporting Project (OCCRP) on 22 July, two associates of Mr. Giuliani reportedly traveled to Kyiv in May 2019 and met with Mr. Bakanov and another close Zelensky adviser, Mr. Serhiy Shefir.”

The whistleblower’s account goes on to rely upon that same OCCRP report on three more occasions.

The OCCRP report repeatedly referenced is actually a “joint investigation by the Organized Crime and Corruption Reporting Project (OCCRP) and BuzzFeed News, based on interviews and court and business records in the United States and Ukraine.”

BuzzFeed infamously also first published the full anti-Trump dossier alleging unsubstantiated collusion between Trump’s presidential campaign and Russia. The dossier was paid for by Hillary Clinton’s campaign and the Democratic National Committee, and was produced by the Fusion GPS opposition dirt outfit.

The whistleblower’s document, however, only mentions the largely unknown OCCRP and does not reference BuzzFeed, which has faced scrutiny over its reporting on the Russia collusion claims. 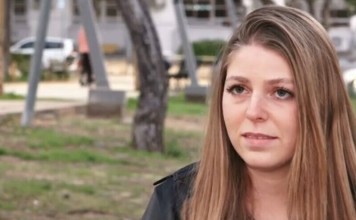 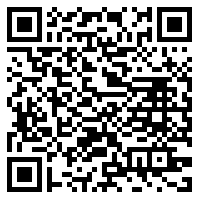