An e-mail proves disgraced ex-FBI Director James Comey personally approved an FBI effort to have a wild and unsubstantiated salacious claim about President Trump included in material to be considered for publication in the U.S. Intelligence Community’s official report on alleged Russian interference in the 2016 presidential election.


The Comey e-mail, which has not received media attention until now, was revealed inside the Justice Department’s recently released 476-page Inspector General report on the FBI’s Russia collusion investigation.

The IG report further discloses a separate email in which Andrew McCabe, who served under Comey as the FBI’s deputy director, specifically wanted dossier author Christopher Steele’s unverified salacious charges against Trump to be included in the body of the January 6, 2017 U.S. Intelligence Community report, known as the ICA, assessing alleged Russian interference efforts.

McCabe opposed a CIA compromise to only reference Steele’s controversial dossier in an appendix of the ICA report, with McCabe arguing for it to be included in the body of the report where it would clearly get more attention.

In his e-mail on the subject, McCabe seemed to be speaking on behalf of Comey’s FBI, using the noun “we.”

Referencing Steele’s charges, McCabe wrote: “We oppose CIA’s current plan to include it as an appendix; there are a number of reasons why I feel strongly that it needs to appear in some fashion in the main body of the reporting, and I would welcome the chance to talk to you about it tomorrow.”

Comey himself personally approved of the inclusion of Steele’s wild claims in the ICA assessment, an e-mail published in the IG report discloses. The IG report relates that the CIA did not want Steele’s claims to be included at all, downgrading Steele’s charges to “internet rumor.” Still, Comey and McCabe pushed for the wild anti-Trump claims to be part of the ICA assessment, which was ultimately made public.

The ICA was a joint effort of the FBI, NSA, and CIA with oversight from the Office of the Director of National Intelligence (ODNI), which published the report.

Comey, former CIA Director turned anti-Trump activist John Brennan and former Director of National Intelligence, and Trump critic James Clapper have been the subjects of a dispute over which top Obama administration officials advocated for the infamous Steele dossier to be utilized as evidence in the ICA report.

Now the IG report cites e-mails from Comey and McCabe as well as testimony from members of the intelligence community showing it was Comey and McCabe who lobbied for Steele’s wild claims about Trump to be part of the official ICA probe.

Steele was hired to produce his material for Fusion GPS, which was paid for its anti-Trump work by Trump’s primary political opponents, namely Hillary Clinton’s 2016 presidential campaign and the Democratic National Committee (DNC) via the Perkins Coie law firm.

A December 16, 2016 e-mail from the FBI’s Intel Section Chief made clear McCabe was arguing for the wild claims to be included in the official ICA report.

Referring to McCabe as “deputy director,” the section chief wrote that McCabe wanted “details like the potential compromising material, etc.” to be included in the FBI’s official submission to the intelligence community for material to be considered for the ICA report.

That same day, the FBI’s Intel Section Chief sent an e-mail to other FBI officials including controversial FBI employee Peter Strzok. The missive contained a draft of the FBI’s official submission to the ICA effort that included Steele’s unsubstantiated claims.

The next day, Comey completed his review of the FBI’s official submission and personally approved of Steele’s dossier reports to be included in the ICA assessment.

In an e-mail to Strzok, McCabe and others, Comey described a phone call he had with then Director of National Intelligence James Clapper, writing that he told Clapper to include the Steele reports.

“Looks okay to me,” Comey wrote, approving of the FBI submission that encompassed Steele’s dossier charges.

Comey’s email continued: “FYI: During a secure call last night on this general topic, I informed the DNI that we would be contributing the [Steele] reporting (although I didn’t use that name) to the IC [Intelligence Community] effort. I stressed that we were proceeding cautiously to understand and attempt to verify the reporting as best we can, but we thought it important to bring it forward to the IC effort.”

Comey went on to document that he vouched for Steele’s so-called sources while admitting that he didn’t tell Clapper about FBI efforts to verify the claims. The FBI at the time could not verify the charges.

Comey wrote: “I told him the source of the material, which included salacious material about the President-Elect, was a former [REDACTED] who appears to be a credible person with a source and sub-source network in position to report on such things, but we could not vouch for the material. (I said nothing further about the source or our efforts to verify).”

Comey may have even more egg on his face for vouching for Steele’s alleged sources following the publication of the IG report, which relates that Comey’s own FBI found serious sourcing problems and glaring issues with the way Steele reported the salacious claim.

Meanwhile, Comey’s FBI fought back against attempts by the CIA to remove Steele’s claims from the ICA report.

The IG report reveals the CIA expressed concern about using the Steele election reporting in the ICA assessment, with the CIA viewing Steele’s claims to be no more than “internet rumor.”

States the IG report: “The Supervisory Intel Analyst explained that the CIA believed that the Steele election reporting was not completely vetted and did not merit inclusion in the body of the report. The Intel Section Chief stated that the CIA viewed it as ‘internet rumor.'”

That’s when McCabe stepped in and strongly pushed for Steele’s claims to be including in the body of the ICA report and not relegated to the appendix as part of a comprise with the CIA.

“McCabe’s view did not prevail,” the IG report relates. “The final ICA report was completed early in the first week of January 2017, and included a short summary and assessment of the Steele election reporting, which was incorporated in an appendix.”

Comey, Brennan, and Clapper were previously the subjects of a dispute about which senior official advocated for Steele’s dossier to be included in the ICA report.

The fiasco was kicked into high gear after Fox News cited “sources familiar with the records” pointing to an e-mail chain from late-2016 showing Comey allegedly telling FBI employees that it was Brennan who insisted that the anti-Trump dossier be included in a January 6, 2017 U.S. Intelligence Community report, known as the ICA, assessing Russian interference efforts.

A former CIA official, clearly defending Brennan, shot back at the assertion, instead claiming that it was Brennan and Clapper who opposed a purported push by Comey to include the dossier charges in the ICA.

The IG report shows it was indeed Comey who pushed for the dossier’s inclusion in the ICA material. 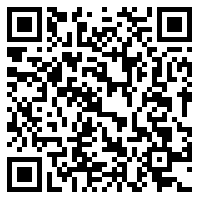