Instead of convening a summit on the ongoing civil war in Syria, or the migrant crisis threatening Europe, or the rampant anti-Semitism plaguing its own country, France on Sunday held a convention attended by over 70 nations to affirm the international community’s commitment to creating a Palestinian state.


At the end of the farcical display, and with neither Israel nor the Palestinian Authority in attendance, the Paris summit representatives released a brief concluding declaration unanimously agreed to after negotiations between the countries.

Reports here credited Israeli diplomats with helping to water down the anti-Israel language of the final declaration, calling the text a “significant weakening” and “less harsh than was initially expected.”

Still, the text was anything but fair. Here are five anti-Israel offenses in the 658-word final declaration:

1) The text draws a moral equivalency between “violence,” which would include Palestinian terrorism targeting civilians, and “settlement activity,” meaning Israelis building homes in the West Bank or eastern sections of Jerusalem.

“They emphasized the importance for the parties to restate their commitment to this solution, to take urgent steps in order to reverse the current negative trends on the ground, including continued acts of violence and ongoing settlement activity, and to start meaningful direct negotiations.”

2) The declaration calls for Israel to “fully end the occupation that began in 1967,” language that seems to mean that Israel needs to withdraw from the entire West Bank and eastern Jerusalem and thus shrink the country to indefensible borders.

Some of the holiest sites in Judaism are located in eastern Jerusalem and the West Bank, including the Western Wall and Temple Mount in Jerusalem’s Old City; the Cave of the Patriarchs and Matriarchs in Hebron, which was home to the oldest continuous Jewish community in the world until the Jews of Hebron were massacred and expelled in 1929; the Tomb of Rachel in Bethlehem; and Joseph’s Tomb in Shechem.

The diplomats who convened in Paris seemed unaware of the text of United Nations Security Council Resolution 242, which the declaration affirms as the basis of a future Israeli-Palestinian deal. After stating that Israel should “fully end the occupation that began in 1967,” the Paris declaration references Resolution 242, stating: “They reiterated that a negotiated two-state solution should meet the legitimate aspirations of both sides, including the Palestinians’ right to statehood and sovereignty, fully end the occupation that began in 1967, satisfy Israel’s security needs and resolve all permanent status issues on the basis of United Nations Security Council resolutions 242 (1967) and 338 (1973), and also recalled relevant Security Council resolutions.”

Resolution 242 calls on Israel to withdraw under a future final-status solution “from territories occupied” as a result of the 1967 Six-Day War. The resolution does not call for a withdrawal from “all territories,” a designation deliberately left out to ensure Israel’s ability to retain some territory for security purposes under a future deal.”

The Jewish Virtual Library explains: “The Security Council did not say Israel must withdraw from “all the” territories occupied after the Six-Day War. This was quite deliberate. The Soviet delegate wanted the inclusion of those words and said that their exclusion meant ‘that part of these territories can remain in Israeli hands.” The Arab states pushed for the word ‘all’ to be included, but this was rejected. They nevertheless asserted that they would read the resolution as if it included the word ‘all.’ The British ambassador who drafted the approved resolution, Lord Caradon, declared after the vote: ‘It is only the resolution that will bind us, and we regard its wording as clear.’

3) The declaration patronizes Israel by calling on both parties to “restate” their commitments to the two-state solution. Only one side has not been committed to peace. Israel has offered the Palestinians a state in much of the West Bank and Gaza Strip with a shared capital in Jerusalem numerous times. These offers were made at Camp David in 2000, Taba in 2001, the Annapolis Conference in 2007, and more offers were made in 2008. In each of these cases, the PA refused generous Israeli offers of statehood and bolted negotiations without counteroffers.

The PA has failed to respond to Prime Minister Benjamin Netanyahu’s unprecedented attempts to jump-start negotiations aimed at creating a Palestinian state, including freezing Jewish construction in the West Bank and eastern Jerusalem and releasing Palestinian prisoners.

This reporter previously exposed the 2002 “peace” initiative. The initiative, originally proposed by Saudi Arabia, states that Israel would receive “normal relations” with the Arab world in exchange for a full withdrawal from the entire Gaza Strip, West Bank, Golan Heights, and eastern Jerusalem, which includes the Temple Mount. The Saudi plan also demands the imposition of a non-binding UN resolution that calls for so-called Palestinian refugees who wish to move inside Israel to be permitted to do so at the “earliest practicable date.”

Palestinians have long demanded the “right of return” for millions of “refugees,” a formula Israeli officials across the political spectrum warn is code for Israel’s destruction as millions of Arabs would flood the Jewish state, thereby changing its demographics.

While most Jewish refugees were absorbed by Israel and other countries, the majority of Palestinian Arabs have been maintained in 59 UN-run camps that do not seek to settle its inhabitants elsewhere. There are currently about four million Arabs who claim Palestinian refugee status with the UN, including children and grandchildren of the original fleeing Arabs; Arabs living full-time in Jordan; and Arabs who long ago emigrated throughout the Middle East and to the West.

According to Arab sources close to the Saudi Initiative, Arab countries are willing to come to an agreement whereby Israel absorbs about 500,000 “refugees” and reaches a compensation deal with the PA for the remaining millions of Palestinians.

5) The Paris declaration “welcomed” UN Security Council Resolution 2334, which passed last month when the U.S. abstained and which refers to the entire West Bank and eastern Jerusalem as so-called occupied Palestinian territories while demanding a complete halt to Israeli construction in those areas. 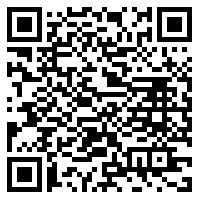