In the final analysis, mortality rates for the coronavirus originally cited by President Donald Trump are going to be proven more accurate than the higher numbers claimed by the World Health Organization, according to an Israeli expert in epidemic modeling.

“Do you know what’s most absurd?” asked Dr. Dan Yamin. “That in the final analysis Trump was right. Not that the coronavirus is just plain flu – it absolutely isn’t – but as he put it: ‘This is just my hunch – way under 1 percent’ [will die].’”

Yamin heads the Laboratory for Epidemic Modeling and Analysis in Tel Aviv University’s engineering faculty, where he has developed models for predicting the spread of infectious diseases.

In an interview with Haaretz, Yamin agreed with Trump’s assessment earlier this month that the World Health Organization’s 3.4 percent global fatality rate for coronavirus is too high.

“Well, I think the 3.4 percent is really a false number because a lot of people will have this, and it’s very mild – they’ll get better very rapidly, they don’t even see a doctor, they don’t even call a doctor,” Trump told Fox News on March 4.

“You never hear about those people, so you can’t put them down in the category of the overall population in terms of this corona flu, and/or virus.”

Yamin said: “If I can only carry out few tests, I will test those who have the highest chance of becoming ill, and then, when I check the mortality rate among them, I will get very high numbers.

“But there is one country we can learn from: South Korea. South Korea has been coping with corona for a long time…and they lead in the number of tests per capita. Therefore, the official mortality rate there is 0.9 percent. But even in South Korea, not all the infected were tested – most have very mild symptoms.

“The actual number of people who are sick with the virus in South Korea is at least double what’s being reported, so the chance of dying is at least twice as low, standing at about 0.45 percent – very far from the World Health Organization’s [global mortality] figure of 3.4 percent. And that’s already a reason for cautious optimism.” 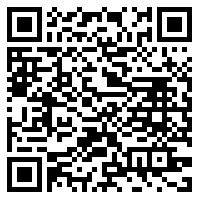