PA Willing To Release ‘Collaborator’ For A Price

The Palestinian Authority has secretly requested that Israel release the bodies of 100 terrorists in exchange for the freedom of a Palestinian reportedly held in jail for selling property to Jews, this column has learned.


Last month, the PA reportedly sentenced to death Muhammad Abu Shahala, a former PA intelligence officer, for a real estate transaction in the ancient Jewish community of Hebron. Under the framework of the PAs legal system, selling land to Jews is considered a capital offense.

Israeli diplomatic sources revealed that the PA passed a message to Prime Minister Benjamin Netanyahu expressing willingness to free Shahala if the Jewish state releases the bodies of 100 Palestinians killed while fighting Israel. The message was sent through Ayoob Kara, a Druze politician who is Israel’s Deputy Minister for Development of the Negev and Galilee. Following requests from Hebron’s Jewish community, Kara had inquired with the PA about Shahala’s status and well-being.

Officially, the PA denies the reports that it sentenced Shahala to death and has been less than forthcoming about exactly where the former intelligence official is being held. Dmitry Diliani, a spokesperson for the PA, referred this reporter to the Palestinian prison in Hebron, which in turn directed a request to the PA’s Ministry of Justice. The Justice Ministry did not return a comment before publication.

According to multiple reports, Shahala was tortured prior to a hasty trial in which he was found guilty of selling his Hebron property to Jews. Over the years, scores of Palestinians have been put to death in judicial and extrajudicial killings after being accused of selling land to Jews.

Hebron’s Jewish community has been at the forefront of the fight for Shahala’s freedom. Hebron spokesmen David Wilder and Noam Arnon wrote an appeal addressed to United Nations Secretary General Ban Ki-moon, Secretary of State Hillary Clinton, President of the European Council of the EU Herman Van Rompuy, and other international officials. Wilder said he didn’t hear back from Clinton, Ki-moon or other international human rights officials contacted about the case.

The protest group that stormed President Obama’s Chicago campaign headquarters earlier this week was founded by a Communist sympathizer recently named by Obama as a “great” reformer.

Dozens of protesters slipped past security guards on Friday and ran up escalators at the Obama Chicago campaign headquarters to kick off what they called a “Week Without Capitalism.” Eight protesters, cheered by other demonstrators, were reportedly led out in handcuffs after they refused to clear the lobby.

The protest was reportedly organized by the Catholic Worker Movement, or CWM, founded by the late radical Dorothy Day, a journalist who wrote for Marxist newspapers. CWM protests capitalism as an economic system that is “far from God’s justice” and calls for “a withdrawal from the capitalist system so far as each one is able to do so.” CWM calls for the nonviolent destruction of capitalist society to rebuild a socialist utopia.

Discover The Networks notes that CWM recommends “a complete rejection of the present social order”; “a withdrawal from the capitalist system so far as each one is able to do so”; and “a non-violent revolution to establish an order more in accord with Christian values.” Such measures are to be used, according to CWM, to create a “new society within the shell of the old” – “a cooperative social order” of “communitarianism” without “extremes of wealth and poverty.”

This February, Obama used the annual National Prayer Breakfast to uphold Dorothy Day as a great reformer. Declared Obama: “Frederick Douglass, Abraham Lincoln, Jane Addams, Martin Luther King, Jr., Dorothy Day, Abraham Heschel – the majority of great reformers in American history did their work not just because it was sound policy, or they had done good analysis, or understood how to exercise good politics, but because their faith and their values dictated it, and called for bold action – sometimes in the face of indifference, sometimes in the face of resistance.”

Day is known for her motto: “The greatest challenge of the day is: how to bring about a revolution of the heart, a revolution which has to start with each one of us?

The resident of the Chicago apartment raided by police in an alleged terror bust related to the city’s NATO summit is the spokesperson for Occupy Chicago, this column has learned. 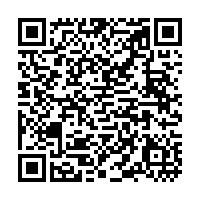