A good portion of the reliably liberal mainstream media had soured on Barack Obama once his historic 2008 ascension to the presidency gave way to a mostly lackluster performance when he actually moved into the White House.

But with the 2012 presidential election just over five months away, liberal journalists are showing every sign of awakening from their three-year stupor, going all out to discredit Mitt Romney – even to the point of dredging up a nearly 50-year-old high school incident – while loudly decrying a proposed ad campaign by conservative operatives to remind citizens of Obama’s longtime ties to the Rev. Jeremiah Wright.


If it seems like you’ve seen this movie before it’s because the media ran similar interference for Obama in 2008 when Wright’s invective-laden anti-U.S. and anti-Israel sermons became public knowledge and candidate Obama cast about for a credible explanation as to why he was Wright’s longtime parishioner and why he apparently held the cleric in such high esteem that the Obamas had him preside at their wedding and baptize their children.

Once the mainstream media – finally, belatedly, after stories of Wright’s racist, anti-American worldview had been circulating for at least a year and only when videos showing Wright in all his vicious glory began to surface on the Internet – were forced to confront the possibility that the Illinois messiah might have some serious explaining to do, Obama realized his disclaimers and rationalizations concerning Wright weren’t enough.

Obama now desperately needed to convincingly distance himself from the Afrocentric radical who’d bestowed an award on Louis Farrakhan and whom Obama had, only weeks earlier, likened to a beloved “old uncle.”

“If the parishioners of Trinity United Church were not buzzing about Reverend Wright’s post-9/11 comments,” Posner wrote, “then it could only seem to be because those comments were not out of character with what he preached from the pulpit many times before. In that case, I have to wonder if it is really possible for the Obamas to have been parishioners there…and not to have known very clearly how radical Wright’s views were. If, on the other hand, parishioners were shocked by Wright’s vitriol only days after more than 3,000 Americans had been killed by terrorists, they would have talked about it incessantly. Barack – a sitting Illinois state senator – would have been one of the first to hear about it.”

So Obama gave a flowery speech on race relations in America, and did anyone doubt the media would swoon over whatever came out of his mouth? Liberals had too much invested in the storyline of a post-racial, biracial healer whose mission it was to set our national house in order after the unspeakable depredations of the George W. Bush years.

Hearts racing, pundits and editorial writers competed with each other in the prostration sweepstakes. (Lost in all the sticky-sweet commentary was the stark fact that Obama only gave the speech because his previous equivocations would wash no more. Obama’s ability to deliver a sweet speech was never in doubt; his judgment and honesty were, and on those counts he hardly acquitted himself with honor.)

“An extraordinary moment of truth-telling,” gasped the Washington Post. “One of the most impressive presidential candidates in years,” cheered political science professor Alan Wolfe in The New Republic.

“Perhaps the most thoughtful and sophisticated oration on race ever delivered by an American politician,” marveled New York Observer reporter Steve Kornacki.

“This searing, nuanced, gut-wrenching, loyal, and deeply, deeply Christian speech is the most honest speech on race in America in my adult lifetime,” sobbed blogger and magazine writer Andrew Sullivan.

Well, it’s 2008 all over again. Look for much more of this over the next few months as liberal journalists and pundits do whatever they feel needs doing to grease Obama’s path to reelection. 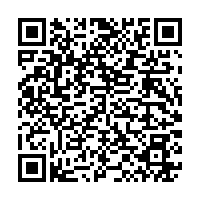