Fresh from securing non-member observer state status at the United Nations, the Palestinian Authority is now consulting European lawyers about how to sue Israel at the International Criminal Court, this column has learned.


According to informed Middle Eastern security sources, the threat of action at the ICC could be used as a bargaining chip against Israel during any future negotiations.

In 2009, a UN fact finding team led by South African judge Richard Goldstone accused both the Israel Defense Forces and Hamas of war crimes and possible crimes against humanity. The report warned that if both sides did not investigate their conduct the allegations could be brought to the ICC.

In April 2011, Goldstone retracted his report’s claim that it was Israeli government policy to deliberately target citizens.

The IDF routinely drops warning leaflets and even leaves voicemail messages in areas where it may carry out operations. The Israeli army is notorious for the care it takes to ensure against civilian casualties.

Hamas, on the other hand, has been widely condemned for its use of civilians as human shields. The terror group has fired hundreds of rockets from Gaza into Jewish cities and operates from densely populated zones in Gaza.

Hamas has formed a common committee with al Qaeda-linked groups in the Gaza Strip to strategize the coordination of infiltrating weapons into Gaza, according to informed Israeli security sources.

The sources noted that after Israel’s campaign in Gaza two weeks ago – which ended with a U.S. and Egypt-brokered cease fire – Hamas immediately freed from its jails scores of members of al Qaeda and the related Jihadiya Salafiya terrorist groups.

Previously, Hamas had been fighting those same groups in Gaza, seeing them as a challenge to their own rule. The groups had accused Hamas of selling out by talking to the West and by engaging in elections. Hamas had even engaged several times in heavy fire clashes with the Islamist organizations in Gaza and put many of their leaders in prison.

This column reported that even before Israel’s operation in Gaza ended two weeks ago, Iran and Hizbullah were trying to resupply Hamas with more long-range missiles to fire into Israel, according to Israeli defense sources.

New information provided to this reporter by knowledgeable Middle Eastern security sources indicates the U.S. mission and CIA annex in Benghazi were the central headquarters for the coordination of aid to the al Qaeda-saturated rebels fighting in Libya and Syria.

KleinOnline was the first to report that the U.S. diplomatic mission in Benghazi actually served as a meeting place to coordinate aid for rebel-led insurgencies in the Middle East. In September, KleinOnline further reported that assassinated Ambassador Christopher Stevens himself played a central role in recruiting jihadists to fight Bashar al-Assad’s regime in Syria, according to Egyptian security officials.

Now, Middle Eastern security sources are describing both the U.S. mission and nearby CIA annex in Benghazi as the main intelligence and planning center for U.S. aid to rebels that was being coordinated with Turkey, Saudi Arabia, and Qatar. Many rebel fighters are openly members of terrorist organizations, including al Qaeda.

The new information comes as defense author Tom Ricks made headlines for claiming on Fox News that the cable news network was hyping the events in Benghazi as a partisan attack on President Obama. “I think that Benghazi generally was hyped, by this network especially, and that now that the campaign is over, I think he’s backing off a little bit,” said Ricks.

The author was referring to Sen. John McCain’s opposition to the possible promotion of UN Ambassador Susan Rice to secretary of state.

Ricks went on claim Fox News was “operating as a wing of Republican Party.”

“Many people on the conservative side of the dial are making the same mistakes now that the liberals made when Bush was in power,” Savage told “Aaron Klein Investigative Radio” on WABC Radio in New York.

“[Radio America] went bankrupt, why? Because all they did was…Bush bashing, and they were just crazy in the Bush bashing. Boring, boring. How much could you listen to [it]? It wasn’t even clever Bush bashing.

“This is what’s going on now with the conservatives,” Savage continued. “They’re committing suicide. Just attacking Obama – although he deserves it – is not good radio.”

Savage explained, “At the end of the day, Aaron, it’s like a good teacher. Who were your best professors? They were the ones who could get up and tell you a story and make you smile and in the midst of it teach you something.

“Remember one thing,” Savage stated, “radio is primarily an entertainment medium. It was not created to be the voice of the Republican Party or the Democrat Party.”

Savage, who is also a bestselling author, appeared on “Aaron Klein Investigative Radio” to celebrate joining the WABC lineup and tout his new book, Train Tracks: Family Stories for the Holidays. 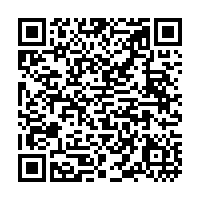