Hamas is in the process of building a sophisticated network of tunnels beneath​ the Gaza Strip, according to multiple sources with knowledge of the ​issue in comments to Breitbart Jerusalem.

The tunnel infrastructure mirrors ​the network built by Hizbullah in Lebanon. The Iran-sponsored militia is known to have ​dug a vast underground tunnel ​complex replete with war rooms, internal communication lines, ventilation systems, and even missile silos.

Israel ​destroyed​ a significant portion of Hamas’s previous tunnel system during Operation Protective Edge in the summer of 2014.

One source, a member of Hamas’s ​​military wing, ​​claimed that following the operation, Hamas enlisted hundreds of ​terrorists ​in order to construct an even larger tunnel network. The Hamas source claimed ​that the terrorist group has succeeded in restoring much of its former tunnel system. He said the next stage involves linking tunnels in north Gaza with those under Gaza City and the south. The source conceded ​that this​ requires at least two more years of work.

While Hamas’s ​claims ​could not be immediately corroborated, Jordanian and Israeli security sources said there is evidence that Hamas is working tirelessly to build a new networks of tunnels.

Asked for comment, a spokesperson for the Israel Defense Forces told Breitbart Jerusalem: “The IDF is aware of the fact that Hamas has been working to rebuild its sophisticated tunnel network within the Gaza Strip.

“The IDF remains prepared and ready to defend Israel’s borders and its civilians, especially those living in close proximity to the Gaza Strip​,​ from any potential threat should it arise.”

Did Turkey Receive Go-Ahead From NATO?

Turkey could only have shot down a Russian Su-24 military jet after securing permission from the North Atlantic Treaty Organization (NATO), charged Lebanon’s Druze leader Walid Jumblatt in an exclusive interview with this reporter.

“The Turks cannot afford to shoot down a Russian plane, being a member of NATO, without asking the permission of NATO. They have to ask NATO. It’s NATO,” said Jumblatt, a member of parliament and leader of Lebanon’s Progressive Socialist Party.

Jumblatt is considered the leader of Lebanon’s historic Druze community. “I know that this jet was shot down by the Turks and directly [by] the Cold War between NATO and Russia,” Jumblatt added.

Asked to confirm whether he was accusing NATO of approving Turkey’s downing of the Russian jet, Jumblatt replied:

“I think so, because such a major action cannot be taken on a local level. A Turkish level. Because so many times the Turkish airspace was violated. Now this is something else. It’s a new dimension in international politics.”

Who’s In The Sky?

Turkey’s downing of a Russian-made warplane near the Syrian border was inevitable. The skies in and around Syria are increasingly used by multiple countries with conflicting interests in the years-long insurgency targeting the regime of Syrian President Bashar al-Assad.

Immediate questions need to be raised about the likelihood of another such incident occurring in the future. Next time, it could involve the U.S. and Russia.

The opposing narratives of Tuesday’s incident are instructive. The Turkish military claims it warned the Russian-made SU-24 warplane 10 times in five minutes that it was violating Turkish airspace. Russia claims it can prove its aircraft was flying over Syria.

Russia says it is targeting the Islamic State in Syria, but the U.S. has repeatedly accused Moscow of bombing U.S.-backed rebels opposed to the Assad regime, which is allied with Russia and Iran.

While Russia has shown some interest in coordinating with the U.S., the fact remains that both countries continue to operate in Syrian skies without fully disclosing their plans and flight paths beforehand. 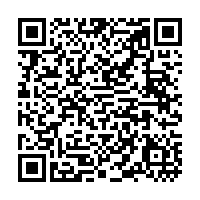