The French government has shut down three mosques under emergency laws passed in the wake of the Nov. 13 terrorist massacre in Paris.

Those laws gave police sweeping new authority until February 2016, despite rights groups and politicians who expressed concerns about reports of police abuses of power.

“Measures to close down mosques on the grounds of radicalization … have never been made by any previous government, French Interior Minister Bernard Cazeneuve noted in his briefing with media on Wednesday.

He added that police have carried out 2,235 raids across France since the massacre; 334 weapons were seized, including 24 military-grade assault weapons.

The criticism was dismissed by the Interior Minister, however. “It is terrorism, not the state of emergency, which threatens freedoms,” said Cazeneuve.

The multi-site attack by Da’esh (ISIS) operatives and suicide bombers claimed the lives of 130 victims and wounded 350 others.

One of the mosques that was closed is located in the eastern Paris suburb of Lagny-sur-Marne, according to France 24. During the process, nine people were placed on house arrest. Another 22 were banned from leaving the country.

“Police searches [there] turned up a 9mm caliber pistol, a hidden hard drive, documents and files on jihad and a life insurance policy subscribed in 2012,” Cazeneuve said, according to the RFI news outlet.

“The Council of Ministers will now dissolve these three pseudo-cultural organizations which used clandestine prayer rooms on the premises,” he added. Mosques in Lyon (in central eastern France) and Gennevilliers (near Paris) were also closed on grounds of spreading radicalism as well. 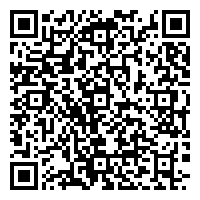