The man who served as chairman of the state Conservative Party longer than his three predecessors has died, three years after retiring from the post. Mike Long was 82 years old when he passed away Sunday, July 24, from kidney failure after requesting dialysis equipment keeping him alive be removed several days earlier, according to sources close to Long.

During his lengthy career Long shaped the party and politics in New York state while operating his family-run liquor store in the Bay Ridge section of Brooklyn.

In 2012, Long reminisced about how he got hooked on the Conservative Party two years after the nascent political party was formed.

“It was Barry Goldwater who sucked me into the whole operation, and Ronald Reagan when he made that speech, “A Rendezvous with Destiny” during the 1964 campaign. After that speech I found myself on street corners giving out literature, riding around in a car with a bull horn – it was in an area of East New York, Brooklyn. When I was running around with a bull horn telling people to vote for Bill Buckley for mayor, my car got hit with a lot of rocks. It gave me the enthusiasm to go further,” Long recalled.

The 27-minute speech Long referred to was on October 27, 1964, when Reagan spoke to the nation on behalf of the Goldwater campaign: “You and I know and do not believe that life is so dear and peace so sweet as to be purchased at the price of chains and slavery. If nothing in life is worth dying for, when did this begin – just in the face of this enemy? Or should Moses have told the children of Israel to live in slavery under the pharaohs? … The martyrs of history were not fools, and our honored dead who gave their lives to stop the advance of the Nazis didn’t die in vain. Where, then, is the road to peace? Well, it’s a simple answer after all.

“You and I have the courage to say to our enemies, there is a price we will not pay. There is a point beyond which they must not advance. And this – this is the meaning in the phrase of Barry Goldwater’s “peace through strength. . . .

“You and I have a rendezvous with destiny. We’ll preserve for our children this, the last best hope of man on earth, or we’ll sentence them to take the last step into a thousand years of darkness. We will keep in mind and remember that Barry Goldwater has faith in us. He has faith that you and I have the ability and the dignity and the right to make our own decisions and determine our own destiny.”

The year Reagan took office, in 1981, Long became the first registered Conservative to serve on the New York City Council.

Prior to Long taking the helm of the Conservative Party and while he was rising up through the party hierarchy, only two people were elected to federal office solely under the Conservative banner – James Buckley, a United States Senator for one term from 1971 to 1977, and William Carney, a congressman from eastern Long Island, who served from 1979 to 1987.

Buckley is the oldest living current or former member of the U.S. Senate. He turned 99 years old on March 9. He lives in Bethesda, MD.

In 1963, Long, a Roman Catholic, married the former Eileen Dougherty. Through their 59 years of marriage, they had nine children. Besides his wife and brother, Tom, Long leaves behind 25 grandchildren and five great-grandchildren.

Immediately after the announcement of his passing, tributes poured in from around the state.

“His reputation as an honest broker expanded throughout New York state and nationally regarding countless issues and elections,” said Jerry Kassar, the state Conservative Party chairman. “Mike Long was proud of his Irish heritage and genuinely enjoyed being honored as Grand Marshal of the Bay Ridge St. Patrick’s Day Parade.

“The loss of Mike Long is immeasurable. We have lost a good man, a close friend, mentor and outstanding political leader; a void for me and many has been created that cannot be filled. The countless number of people who learned from Mike can today be found throughout the political world and will act as his legacy for many years to come. Mike’s leadership is legendary; if you had differences on any subject, it was never combative, it was discussed. Mike had a natural ability to lead you to his understanding of the issue, which is why he was such an effective leader,” Kassar concluded.

Tributes came from leaders of other political parties.

“Simply put, Mike was a force. An unmatched, rare breed of man who will long be remembered not just for his sharp political instincts or his success in growing the Conservative Party, but as a man of deep and [unbaiting] integrity,” said State Republican Party Chairman Nick Langworthy. “He was a true partner whose word was his bond, and it was a great honor to serve alongside him. At his core, Mike was a man who loved his family and his country. He may be gone from this earth, but he will continue to serve as a north star for generations of conservative leaders. His memory will live on fondly as both a revered leader and wonderful friend. My heart goes out to his entire, large and loving family. Rest in peace, Mike.”

“Mike was a gentleman, a straight-shooter and someone who kept his word,” wrote Jay Jacobs, chairman of the state Democratic Committee. “He loved this state and his country. No one can dispute that he was a force to be reckoned with in New York politics.”

“Mike Long was a friend. One of a kind: loyal to his friends, his family, his party and his ideals. He kept his word. Held tight to his principles and led with passion and purpose,” said Dutchess County Executive Marc Molinaro, a Republican. “I’m grateful for his kindness, support and friendship. We send our love and prayers to his family, friends and the party he loved. And, as he said to me early in 2018, don’t close the door all the way… we shall see you again.”

May Mike Long’s memory be for a blessing.

Numbers (Bamidbar) and the Census Insanity

New York’s own special Census drama ensued when the state Supreme Court was assigned to divide the land of New York into equally apportioned Senate districts based on population. Each Senate district includes approximately 320,000 voters. What the courts did, through a special master counter and divider of political territory, was as close to insane as you can get in New York.

There are 63 state Senate districts that are usually numbered sequentially beginning with district 1 at the eastern end of Long Island and going through the 63 counties accordingly in an orderly manner ending with district 63 in western New York, usually Buffalo.

With this decennial count, the courts placed districts 59 and 47 in the New York City area. District 59 is a district that runs through parts of Queens, Brooklyn and the East Side of Manhattan and District 47 along the West Side of Manhattan. Upstate, District 59 Senator Patrick Gallivan (R-Elma, Erie County) is now running in the newly drawn 60th district, and District 47 Senator Joe Griffo (R-Rome, Oneida County) is running in the newly numbered 53rd district.

This only confuses the voters more than they already are, as the two New York City districts, 59 and 47, are next to 28 and 30 respectively.

As voting is supposed to be a simple process, shouldn’t the numbering of the districts be sensible as well? Why did the special master stop at only two districts being out of sequence? Why not throw all the numbers in the air and see where they land on the map and confuse all of us? No one seems to want to spend money on court filings to contest how districts are numbered. If there is a will to do so, maybe state lawmakers could configure a bill to prohibit this awful numbering system from ever happening again.

Congressman Lee Zeldin, 42, was attacked by a drunken wacko veteran who served in the U.S. Army in Iraq. The assailant was wielding a cat-face-shaped key chain with sharp-pointed “ears” that could pierce someone’s skin during an attack. It is marketed as a self-defense tool. The confrontation on the Republican gubernatorial candidate took place in Perinton, Monroe County, on Thursday, July 21. The perpetrator was identified by law enforcement authorities as 43-year-old David Jakubonis of Fairport, Monroe County.

After being charged with attempted assault in the second degree and released without the need to post bail, Jakubonis was arrested on Saturday by federal law enforcement authorities and charged with assaulting a member of Congress using a dangerous weapon. He was remanded to the custody of federal authorities and was expected to appear before a U.S. Magistrate for the Western District of New York for a detention hearing on Wednesday, July 27. Jakubonis is due back in court on Tuesday, August 30, for the state-level charge. Zeldin has since beefed-up security during his political campaign appearances across the state.

“I’m thankful that federal authorities came in to do what New York state’s broken pro-criminal justice system could not – uphold the rule of law,” Zeldin wrote in a prepared statement.

The NYPD were visibly present at a campaign rally in Queens Sunday evening, July 24. 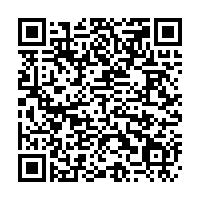