There’s a new lieutenant governor in New York. His name is Antonio Delgado, a former rapper known as AD the Voice, and now a former congressman from the Hudson Valley region. He was sworn into office as New York’s 65th lieutenant governor on Wednesday, May 25, with just three days left until the end of the legislative session. One of the constitutional duties of the lieutenant governor is to preside over the state Senate.


Governor Kathy Hochul, 63, called Delgado, 45, her partner, and promised to keep him busy with having more than a ceremonial role.

Delgado’s spin on his career as a rap artist using vulgar language in his lyrics is that his time in the music industry was focused on empowering young people through Hip Hop culture.

Delgado earned a prestigious Rhodes Scholarship while attending Colgate University in the rural town of Hamilton, Madison County, 35 miles east of Syracuse. While at Colgate he excelled at men’s basketball. Under a Rhodes Scholarship, he studied at The Queen’s College, from which he received a Master of Arts degree in 2001. In 2005, Delgado graduated from Harvard Law School.

The Rhinebeck, Dutchess County, resident has been known to occasionally visit Chabad Dutchess, the Rhinebeck Jewish Center, which is under the direction of Rabbi Hanoch and Tzivie Hecht. Delgado’s wife, Lacey Schwartz, who is biracial, identifies as being Jewish and they say they are raising their twin sons, Maxwell and Coltrane, with a Jewish education and understanding. (It is unclear exactly what that means.)

Delgado has said he is Afro-Latino, meaning he is Black and has Latin roots. His parental ancestry is African-American and Cape Verdean. His Latino ancestry is from his grandparents, according to the governor’s press office.

Delgado grew up in the poverty-stricken Schenectady neighborhood of Hamilton Hill with his younger brother Kito.

A staunch Democrat, as of November 2021, Delgado had voted in line with Joe Biden’s stated position 100 percent of the time. With Delgado’s resignation from Congress, this leaves a tighter margin of majority for Democrats in Washington. There are now 220 Democrats, 208 Republicans and seven vacant seats in the House of Representatives. Hochul called for a special election to fill Delgado’s seat on August 23, the same day New York holds its primaries for Congressional and state Senate races. Expected to battle it out to succeed Delgado under the current district lines are two county executives, Marc Molinaro of Dutchess County and Pat Ryan of Ulster County. The district covers 11 counties from the New England border through the Catskills to the Pennsylvania border.

Whoever wins that race will have to battle it out again in November under the newly adopted district lines. The newly drawn district runs from the Massachusetts border to Ithaca, taking in nine counties and parts of two others.

Throughout the state, the new Congressional district lines have many senators and assemblymen running for Congress and many assemblymen seeing an opportunity to move to the state Senate. The massive shift of political jockeying is underway, creating many primaries for August.

In Manhattan, the Lower East Side is joined with Brooklyn and is in the newly-created and hotly contested tenth congressional district. Staten Island makes up one district, the 11th, which also takes in a small part of Brooklyn.

Back to Manhattan – the Upper East Side and the Upper West Side will have the same representative in the newly-created twelfth congressional district. Washington Heights, the home of Yeshiva University and where many students reside, is now in the 13th district.

In the Bronx, the Jewish community of Riverdale is in the 15th congressional district.

In Westchester County, all the Jewish communities, mainly in the southern part of the county will be in the 16th congressional district.

In Nassau County, the ritzy towns of Great Neck, Glen Cove and Manhasset are in the third district. The Five Towns and Jones Beach are in the fourth district. Districts one and two cover all of Suffolk County.

In Rockland County, Monsey, New Square, Wesley Hills and Montebello fall into the 17th district, which also takes in northern Westchester, all of Putnam and the southern portion of Dutchess County.

Sullivan County, the summer home for many religious Jews, is in the 19th district which winds around the Pennsylvania border and stretches to Ithaca, including Binghamton and Oneonta, which has Jewish students attending SUNY schools with Chabad houses attached.

The Rochester area, which includes the Jewish-populated town of Brighton and a yeshiva, is in the 25th congressional district, represented by Congressman Joe Morelle, a Democrat.

The city of Buffalo and the town of Amherst, where many Jewish students attend college, is in the 26th congressional district.

These new lines have caused a major upheaval among Democrats who found they were facing off against each other. Most intraparty primaries were avoided with some Democrats having to run in a district far from their home. With a red wave being predicted in November, whoever loses their race against a Republican is out of a job. If they win their race in November, they will have to move to the new district. Either way, this could bode hurt feelings among once-friendly party compatriots.

One example of this is incumbent Paul Tonko (D-Amsterdam, Montgomery County). His home was placed in the north country district represented by incumbent Republican Elise Stefanik (Schuylerville, Saratoga County). Instead of facing off against a popular Republican in a district Stefanik is popular in, Tonko decided to run in a safer district which includes most of his current district of the Capital District. He still faces a challenge from a little-known and under-funded Republican, Liz Joy.

Another potential conflict that was avoided was in Central New York and the northern tier counties. Incumbent Congresswoman Claudia Tenney (R – New Hartford, Oneida County) is giving way to newcomer Steve Wells of Cazenovia, Madison County. Tenney is running in a newly configured 24th district that encompasses nine counties and parts of three others along the northern border. Tenney does not live in any of those counties, but the party enrollment is favorable to a Republican candidate.

Wells, a businessman who opposed Tenney in 2016, lost to her in a primary battle. The district is compact and includes Onondaga, Oneida and Madison counties. The 22nd district is an open seat with the retirement of incumbent John Katko (R-Syracuse, Onondaga County).

The race everyone has been talking about is the battle royale between two long-time friends and 30-year incumbents, Carolyn Maloney and Jerrold Nadler. Their districts were merged because the lines changed from an east-west trajectory to a north-south district in midtown Manhattan. Neither Maloney nor Nadler want to relinquish their perch in a lucrative district that includes many landmarks. Nadler once said to me, “If I lose my seat then everyone’s seat is vulnerable.”

Another district race on the media’s radar is the 10th, which spans from lower Manhattan to Brooklyn’s Borough Park neighborhood. Several Democrats, too numerous to mention, have thrown their hats in the ring already, including state senators and members of the state Assembly. Some of the more notable entries include former New York City mayor Bill de Blasio, Assemblywoman Yuh-Line Niou, a Taiwanese native who has openly admitted to being on the autism spectrum, and Congressman Mondaire Jones, one of the first Black, gay members of the House, who was kicked out of his race in Rockland and Westchester counties instead of facing a primary against Sean Patrick Maloney (D-Cold Spring, Putnam County), chair of the Democratic Congressional Campaign Committee.

Stay tuned. Keep reading. There are more exciting developments on the redistricting front coming up in next month’s column. 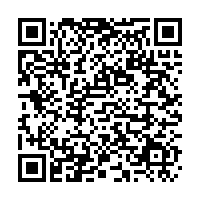