But in light of Ahmadinejad being invited to address Ivy League Universities and the most prestigious think tanks in America amid his stated goal of exterminating the Jewish state, I now understand. Whatever Hitler said, nobody took him seriously. They treated his rantings as a tasteless form of benign political posturing. They found him darkly amusing. And it took the incineration of six million Jews and the destruction of much of Europe to discover that ultimately the joke was on us.

I would hope that the alarm engendered by Sheldon’s statement on the extent to which the United States should go to stop Iran from acquiring a nuclear weapon will at least engender a much stronger protest against its actual development. And if so, then at least, whatever the disagreement with Sheldon’s hyperbolic comments, he sure got your attention. 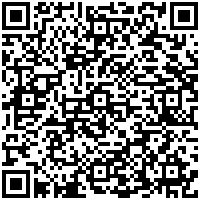