And yet, there was arguably never a bigger celebrity of the 20th century than Elvis Presley. But he proudly served his country in the army between 1958 and 1960. Clark Gable was pretty famous. He served in the Air Force between 1942 and 1945. Bill Cosby served in the navy for four years. As far as women are concerned, Julia Child was an intelligence officer with the wartime Office of Strategic Services.

I could go on.


But even if Refaeli had enlisted in another form of national service – anything that promotes others’ needs – in lieu of the military, that would have been acceptable. That includes being a supermodel who serves as a de facto Ambassador of Israel’s values. And what are those values?

Throughout the Middle East women are treated as chattel, the property of men. Creatures who need to be hidden behind tent-like clothing because they are too alluring and cause men to sin. But Israel treats women as the equals of men. Israel has had a female Prime Minister when even the United States has not yet had a female head of state. More women are in Israeli universities than men. Yes, women should be physically attractive. Their beauty need never be denied or suppressed. But neither need it be exploited. The healthy middle ground is what we seek. Neither the extreme of fundamentalist Islam that sees only a walking invitation to seduction, nor the extreme of Western sexual exploitation which sees a woman’s body as a marketing opportunity.

At the very least, we can take consolation that Sodastream, an Israeli company that me and my family love, had an outstanding Super Bowl ad for all to watch featuring a great product that combines carbonated water and soft drink mix in mass quantities, without having to buy individual containers separately, thereby saving the environment from untold millions of plastic bottles.

Hurrah for Israel. A positive Super Bowl coming out party at last. 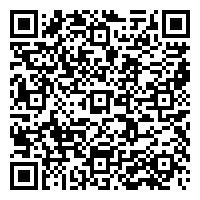