Originally published at Rubin Reports “The only thing necessary for evil to triumph in the world is that good men do nothing.” –Edmund Burke

And if the good men are murdered by the forces of political evil than they certainly cannot do anything. Hence, the outcome is assured.


Thus, the “Arab Spring” has just been murdered with bullets and hijacked amid bloodstains. Here is the list of countries in the Middle East area currently ruled by Islamists: Egypt, the Gaza Strip, Iran, Lebanon, and Turkey. Syria will probably join them soon. Qatar has a pro-Islamist policy. Morocco technically has an Islamist government though the king neutralizes it in practice. Saudi Arabia is ruled by a strict Islamic regime but opposes the revolutionary Islamists though its money often spreads their doctrines elsewhere. Everyone is being forced into Sunni or Shia Islamist camps, backing radical forces in other countries so that their religious allegiance can conquer.

In this situation, only in Tunisia could the non-Islamists win fairly conducted elections. But an election isn’t fair if one side uses violence to ensure its victory and its ability to transform the country into a social-political dictatorship afterward.

I know that whenever I write an article on Tunisia it will have fewer readers than other topics. That’s understandable from the standpoint that Tunisia is a small country with little international impact and limited U.S. interests.

Yet Tunisia was the country where the “Arab Spring” began. And Tunisia is going to be the place where the Middle Eastern equivalent of the Spanish Civil War will be fought. In other words, it is the only place where moderate and “secularist” forces are going to fight and the only country where the moderates have a majority of the population–though not a majority of the guns–behind them.

Given that bellwether factor, they have just suffered a massive defeat which is simultaneously a major victory for the Islamist forces.

Briefly, what people who believe the Arabic-speaking world is heading toward democracy don’t understand is that they have helped unleash forces quite willing to engage in violence and that will not stop until they’ve achieve a total triumph. It’s sort of like Pandora who opened the box to unleash its spiritual whirlwinds and said, “This ought to be interesting!”

That’s why the assassination of Choukri Belaid is so important. He was leader of the Democratic Patriot party and a leader of the Popular Front opposition coalition. While the story will be obscure in the West it is devastating for Tunisia, the Arab liberals, and the future of the region. Belaid was the single most outspoken and determined anti-Islamist leader in the country, and indeed the most important openly anti-Islamist politician in the entire Arabic-speaking world. He wasn’t the only moderate politician in Tunisia but he was the main one who rejected Islamist rule and warned against Islamist intentions.

And how did the Islamist-dominated coalition react? The moment the leading opposition figure—the man around whom an anti-Islamist coalition might have been built following the next elections–was murdered, it called for new elections.

Get it? The Brotherhood’s moderate coalition partners didn’t want elections now. And if you eliminate the tough moderate, those remaining may be more pliable about caving in. It was quite conceivable that the non-Islamists would get a majority in the next elections–as they did in the previous one. But a majority divided among four parties isn’t enough. Last time, the moderate parties got 60 percent but their disunity allowed the largest single party, the Brotherhood, to take control of the government coalition with only 40 percent of the vote.

But a man like Belaid might have forged a moderate coalition government that would keep the Brotherhood out of power. In other words, though he led only the fourth largest party, Belaid was the key to forcing the Brotherhood out of power by convincing the four moderate parties to work together against the Islamist threat. His elimination isn’t just a crime, but a political strategy.

As I predicted a few days ago, destroying the left is going to be the Islamists’ priority and Tunisia is the only country where the political left poses a danger to them. Elsewhere it is too weak, confined to isolated individuals and publications. 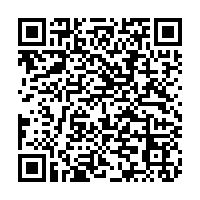