Jewish Home Chairman Naftali Bennett will meet on Monday—at last—with Prime Minister Benjamin Netanyahu. The meeting is expected to take place at the Defense Ministry compound in Tel Aviv, and to be the official inauguration of direct coalition talks between Bennett and Bibi, coinciding with the negotiations run by MK Uri Ariel’s Jewish Home team.

A source inside the Likud party told the website Kipa that the meeting between the two leaders had been set in principle last week but was only inserted into the schedule on Sunday afternoon.


In preparation for the talks Monday, Bennett used an Army Radio morning interview to apologize for his earlier, somewhat flippant remarks about the prime minister’s wife, Sara Netanyahu, remarks that had to do with her and himself enduring a “terrorism course” together—remarks which at least one news source, Iran’s Press TV, took at face value.

On Monday morning, however, Bennett was reverent and contrite when he said: “Sara Netanyahu is a good woman. I’m sorry about the joke regarding the terrorism course we supposedly took together.”

This obligatory humbling should clear the way for Bennett’s being the first leader of a mid-size party to accept a government partnership. Netanyahu has been adamant about looking to establish a broad, 80 member or so coalition government, but with Yair Lapid insisting on keeping his promises to his voters regarding Haredi military service, it would be difficult to have him and the Haredi party be on the same side.

Bennett and Lapid are still, apparently, united in their pact to either joining the government together or not at all. That, too, should make Bibi’s coalition cobbling task more challenging than usual. 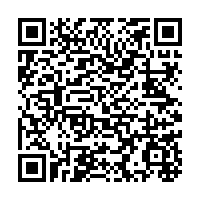