For four decades abortion has dominated the social values-debate in America and deeply divided our nation into factions of pro-life and pro-choice. This year Republicans paid a huge price at the ballot box for extreme positions, like not allowing abortion even in the case of incest or rape, with two Republican Senate candidates going so far as to speak of ‘legitimate rape’ and divinely-sanctioned pregnancies that result from rape.

What is lost in this discussion are the Biblical underpinnings of abortion and how this is not primarily a legal issue but a religious one. Opponents of abortion do not look to the Constitution to cement their opposition but the Bible, and, as such, it is worth reviewing the Biblical text pertaining to abortion, which yields surprising results.


The Hebrew Bible makes only one reference to abortion, and this is by implication. Exodus 21:22-23 states: “And if two men strive together and hurt a woman with child, so that her fruit depart, and yet no harm follow, he shall be surely fined, accordingly as the woman’s husband shall lay upon him, and he shall pay as the judges determine. But if any harm follows, though shalt give life for life.”

There is a significant parting of the ways in the interpretation of this passage between Judaism and Catholicism which will, in turn, mark the much more lenient rulings on abortion of the former and the much more severe views of the latter.

According to the ancient Rabbis, the text is to be read simply as written. The Bible talks of a woman who is hurt by a man in a fight and loses her child. Monetary restitution is paid for her miscarriage. But if the woman dies, then one must take a life for a life. The passage does not say that a fetus is alive but that the mother is.

The words if “no harm follows” the ”hurt” to the woman refers to the survival of the woman following her miscarriage. In that case, there is no capital guilt involved since the woman did not die and the fetus is not considered to be fully alive. The attacker is therefore merely liable to pay compensation for the loss of her “fruit,” her fetus. “But,” the Bible continues,” if any harm follow,” i.e., if the woman, rather than her fetus, is fatally injured, then the man responsible for her death has to “give life for life.”

The interpretation is straightforward and matches the Hebrew original precisely. According to the Jewish interpretation the Bible only says that the woman, rather than her fetus, is living.

This interpretation that a fetus is not fully alive and the destruction of a fetus does not carry a death penalty is also borne out by the rabbinical interpretation of the verse defining the law of murder: ”He that smiteth a man, so that he dieth, shall surely be put to death” (Exodus 21:12), which the rabbis construed to mean “a man, but not a fetus.”

These passages clearly indicate that the killing of an unborn child is not considered as murder.

But the Christian tradition disputing this view goes back to a mistranslation in the Septuagint, the early Greek translation of the Bible that sometimes contains significant errors (see my book Kosher Jesus for a comprehensive list). There, the Hebrew for ”no harm follow” was replaced by the Greek for “[her child be born] imperfectly formed.”

This interpretation, distinguishing between an unformed and a formed fetus and branding the killing of the latter as murder, was accepted by Tertullian and by later church fathers and was subsequently embodied as canon law and in Justinian law. In the Christian interpretation, therefore, both parts of the verse are referring not to the mother’s life, but to the fetus’s. And the verse concludes you must ‘give life for life,’ meaning, a fetus is fully alive and destroying a fetus constitutes murder punishable by death.

This is the source for the Catholic position of viewing a fetus’s life as being the equal of a mother’s life and, therefore, even if the mother’s life is at risk one cannot perform an abortion as it constitutes murder.

Judaism, however, strongly disputes this interpretation which is not faithful to the Hebrew original. Therefore, the Talmud declares (Ohalos 7:6): If a woman is in hard travail [and her life cannot otherwise be saved], one cuts up the child in her womb and extracts it member by member, because her life comes before that of the [the child]. But if the greater part [or the head] was delivered, one may not touch it, for one may not set aside one person’s life for the sake of another.” A fetus is only alive when it is born, not before.

Day Schools – The Only Viable Future For The Diaspora 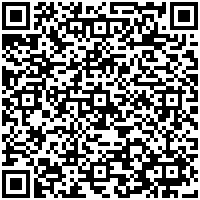