When I became an uncle at 14 I bought all the kids in my Yeshiva a bar of ice cream to celebrate. The feeling was innate. Something big had happened in my family. My sister was a mom. My parents were grandparents. And my own status had been upgraded as well.

Now, in becoming a grandfather at 46, I’m kind of at a loss as to what to feel. Martin Amis famously said that becoming a grandfather “is like getting a telegram from the mortuary.” Yet it’s not the imminence of my own demise that I’m experiencing. Rather, it’s a joyous a sense of perspective. And this is especially true after witnessing the senseless, horrible, and unspeakable tragedy at the Sandy Hook school in Connecticut.


I have not yet seen my granddaughter and I have purposely chosen to write this column prior to that amazing experience. I wanted to capture the raw emotion of the news rather than the exhilaration of the event. The baby was born in Los Angeles and I am on a plane traveling from New York to meet her. In the pictures she looks like the cutest little doll. Seeing my firstborn child as a mother is likewise a revelation. It was just yesterday that she was my baby girl. Now she has a baby girl of her own. Life throws up so many surprises, and it all happens so quickly.

In my life I have had professional successes and professional failures. I have hosted national TV shows and lost national TV shows. I have written best-selling books and I have written books that have made it to the remainder table within a few months. I have felt the exhilaration of running for the United States Congress and the letdown of failing to win. I have been put on the air to host nationally syndicated radio shows and I have walked into rooms where I was to  deliver an advertised lecture where my wife and I wife constituted a significant percentage of the audience. Like the cows in Pharaoh’s dream which we read about in this week’s Torah portion, I have had years of plenty and years that were lean.

Yet the one thing I have always known, amid the hills and valleys of life: whether or not you succeed in your public endeavors, you cannot fail at your private commitments. Whatever your professional ambitions, they dare never supersede an appreciation of your personal blessings. A man must overcome the natural insecurities that tell him that his wife and children are not enough to make him feel like he matters. If you fail at business you have had a setback. But if you fail with your family you have failed at life. Period.

I knew that as a child of divorce I spring from a place of too much pain to allow that pain to be recycled to my own children. That, amid my own internal brokenness, I had to give my children the happy home which is the birthright of every child. That amid my own inner turbulence I had to raise my children with security and stability. That amid some of the shattered fragments of my own heart, my children had a right to be raised with laughter and humor. That amid the crushing burden that I carry of parents who were not together as I grew up I had to make my own children feel that life is comprised of pieces of a puzzle that ultimately cohere and fit.

Once, when I served as Rabbi at Oxford, a student who was a child of divorce told me in my kitchen that he would one day marry but would not have children. “I think the world is a dark place and I see no reason to bring children into the world. There is happiness but also so much suffering.”

Of all the failures I can think of in life, the failure to have your children want to be parents is perhaps the greatest of all.

Here in the United States the mass slaughter of 20 children, while the work of a lone gunman, should have us all asking whether the lives of children are truly valued. There are other considerations that would lead us to believe that we don’t cherish children as much as we ought. There was an article in The New York Times this week about how the American birthrate is plummeting. Young people, living in the big cities, are enjoying a life focused more on themselves and can’t be bothered to have children. This follows a European trend where the continent has now reached “lowest low” fertility, meaning that the birthrate has fallen to such a degree that it will take Europe at least three generations to replenish its number. This explains why Europe has become so utterly dependent on immigrants for any kind of population growth.

A curious anomaly in this trend is the State of Israel where the family average of about three to four children for secular families is among the highest in the industrialized world. For me that is a statement of Jewish values, that amid all our life pursuits the one that means the most is having and cherishing children.

At 46, I can freely admit, I am nowhere near the professional achievements that would make me feel more fulfilled. As a man of inner uncertainty, I have often relied on external achievement in order to feel important both to myself and others.

Yet, a friend, who is an accomplished businessman, wrote to me the moment he heard of the birth of our granddaughter, “You are a great tribute to the Jewish people, bringing another generation to the world. You have made a more powerful contribution to the goodness of the world and to the strength of the Jewish people than the imagination allows.  Just think of the implications just two generations out.”

His words were a powerful reminder to me of the most important things in life. That my wife and I are blessed, thank God, with children. That in His infinite kindness, God has given them health and allowed my eldest daughter to marry a devoted young man who has my respect and my daughter’s devotion. And in an even greater kindness, He has blessed them, on Chanuka, the festival of lights, with the greatest light of all, the miracle of life.

EXCLUSIVE: Not Only in Summer Camps – How Hamas Exploits Children During the Riots on the Gaza Border

Day Schools – The Only Viable Future For The Diaspora 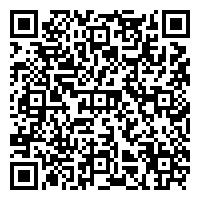