We did a Teletownhall tonight with a few thousand participants. We’ve done a bunch during the campaign. On previous occasions I asked the callers what their number one issue was. Every time it was jobs and the economy. But not tonight where gas shortages, power outages, freezing homes sparked huge outrage.

My opponent Bill Pascrell spent the day savaging Republican Congressman Steve King of Iowa who apparently said he wants aid for hurricane victims but with strings attached. No Gucci bags or massages as, he claimed, happened with Hurricane Katrina.


“Frankly, Tea Party extremists like Steve King who want to pass judgment, spread their false assumptions and kick people when they are at their lowest are the worst that we have to offer…” Harsh words. The worst we have to offer. These are words that Pascrell never used when it came to Chester Grabowski, his friend after whom, this past September, he tried to name a park, even though Grabowksi was a notorious Jew-hater, racist, and holocaust denier who ran for Congress in David Duke’s party. Less so did I hear him use this phrase in discussing Imam Qatanani, the unrepentant Hamas Imam whom Pascrell has pledged to do “everything in my power to keep you here” in the United States against INS, DHS, and FBI attempts to deport him for lying on his Green Card application about an earlier arrest and for membership in a terrorist organization. No, it turns out that a fellow Congressman, however misguided in his words about conditions for aid here in New Jersey, is “the worst we have to offer.”

But rather than Pascrell wasting his time politicizing this tragedy and responding to every person weighing in from halfway across the nation about this crisis, however wrong they may be, it would behoove him, as a the elected representative in this area, to get federal troops on the street, large gas tankers to the stations, electrical workers restoring lines, and the army corps of engineers to get rid of the flooding. And while this may be happening to some extent, it’s simply nowhere near enough. Their presence on the streets has got to be felt.

This is no time for politics. Everyone needs to pitch in, everyone needs to do something. But more than anyone else, the people we elected to fix our problems have got to start fixing this huge problem. 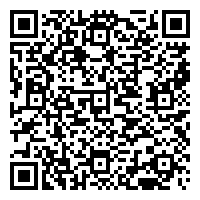