A depressing statistic. And an unfortunate sign of the descent of the Democrats into increasingly overt anti-Semitism.

While the Democrats claim that criticizing the state of Baltimore is racist, Rep. Alexandria Ocasio Cortez, the public face of the Democrat Left, has twice justified violence against Jews.

This was last week.

In defending BDS (or opposing efforts to condemn the anti-Semitic movement), Cortez said, “My concern with being overly punitive on nonviolent forms of protest is that it forces people into other channels and I would hate to be a part of, you know, paving that kind of path.”

The implication, as Jewish activists pointed out, is that if Jews condemn BDS, their enemies will be ‘forced’ to use violence against Jews.

Her latest remarks echo the same theme. Minus the BDS part.

Hamas doesn’t riot. Even its protests consist of inflicting violence on others. And if they don’t have clean water, it’s the doing of their own terror state governments.

But the larger issue is that Cortez keeps justifying violence against Jews. And at a time when Democrats are embracing Sharpton, best known for the Crown Heights Pogrom, that is a huge problem.

And while the Democrats actually tried to use Jews to go after Trump over his criticism of Baltimore, by claiming that “infested” is anti-Semitic language, they look away as Cortez continues justifying violence against Jews. 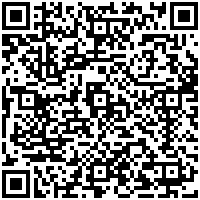