For the first time in its history, California lost a House seat. California Democrats are resorting to conspiracy theories about President Trump and the census, but these are the numbers they got after spending $187 million on outreach and after rigging the census to make sure illegal aliens would continue to participate. And those are far better numbers than California deserves.

The decline and fall is not a surprising development out here where moving trucks are a frequent sight and everyone knows a family that is moving.


I know three of them in under two years.

The population numbers only tell part of the story of a big state that is rapidly losing its future.

California’s fastest growing population is senior citizens. By 2030, every 1 in 3 Californians will be over the age of 50. The over 60 population will increase by 166 percent by 2060 going from 5.5 million to 13.5 million. Hotel California is rapidly becoming a retirement community.

By 2030, California will have a higher percentage elderly population than Florida.

In 1970, the median age of Californians was 27 years old. Jerry Brown became the state’s youngest governor of the century. When he next ran for office, he became its oldest governor at the age of 72. California’s median age is now 38. And it’s only headed north from there.

The state’s birth rate fell 10% just last year. A one month comparison actually showed a drop of 23%. While the pandemic suppressed birth rates, the numbers had been dropping in California long before anyone had ever heard of Wuhan. Two years ago it hit the lowest level in a century down to half of the state’s 1990 birth rate. In the last decade, California’s birth rate dropped twice as much as the national average defying its own demographic destiny.

The news is much worse than these numbers make it look.

States with a large older population are often more conservative, but that’s less likely to happen to California. The fastest growth among its older population isn’t among white people, but the large Hispanic population that fundamentally altered the state’s demographics and politics.

These estimates are just projections of the future. They show trend lines rather than the escalating consequences of a state that is becoming increasingly unlivable.

California’s golden years were fueled by new industries and cheap land. The land isn’t cheap and the industries are pricing themselves out of the youth population they used to attract. Millennials have been moving out of New York and California in large numbers, and heading to Texas, Nevada, and Arizona. Industries will be forced to follow their potential workforce.

Big Tech monopolies will still maintain their Bay Area enclaves for now, but older and more traditional tech firms are heading to Texas. Sleeping six to a room in a decrepit building converted into a dorm may be part of the price of admission in start-up culture, but even much of the tech industry is opting out of the hellscape of the talent rat race.

This exodus probably won’t have good political consequences for either California or Texas.

The middle class provides political and economic stability and it’s vanishing from the state at rapid rates. What’s replacing it is an itinerant hipster class drawn to Big Tech and the entertainment industry, driven by radical politics, but with no commitment to the state.

This same hipster class wrecked New York City, before abandoning it in droves, and is busy wrecking its hubs in Portland and Seattle. Not to mention any other cities where it got a foothold.

It’s why California’s birth rate has declined twice as fast as the rest of the country.

California swapped a settled and more conservative population for a more itinerant population of millennial hipsters and immigrant laborers. The state lost its future even as the gross population numbers still looked good because there were still people even if they were becoming less likely to have children, buy homes, or do any of the things that a settled population actually does.

The short term fix looked good on the census, it looked good economically, but it had no future, and the state is slowly coming off the high and coming face to face with a bleak future.

California’s doom loop of radicals wrecking its cities and the state, enabled by the cheap labor imported to cater to their whims, is just getting started. As conservatives and the middle class flee the state, it becomes even more of a playground for urban elites, trashing rural counties, enabling crime, social dysfunction, and economic ruin that they expect to be immune from either because they’re walled off, expect to move on, or not to be alive when the social bill comes due.

Jerry Brown’s old California could outgrow and survive its worst follies, but the new California isn’t actually growing and is running out of the future it’s burning through at a rapid rate.

California Democrats are complaining that population growth has slowed because of President Trump’s immigration enforcement. But that hasn’t stopped immigrants from heading to other states. Their real problem is that younger immigrants and migrants are less interested in California because its economic potential and opportunities are running out like everything else.

The cost of living relative to the economic rewards are unappealing even to many illegal aliens. Those who do come are more likely to have plans for more profitable work in organized crime.

Meanwhile, poll numbers show that California Latinos have been turning on Governor Newsom over the lockdowns. The state’s new working class is on a collision course with the Democrats, and the Democrats are getting nervous because without constant migrant churn, new immigrants supplementing and displacing the old, their political hegemony might come apart.

The coalition between cheap labor and radical Democrats worked as long as there was work to go around. As California’s social stability collapses, its economic growth will go with it.

A reckoning is coming and a lost House seat is the least of it.

A scam works as long as everyone involved thinks they have something to gain. It falls apart when they wake up and realize that the Nigerian prince will never write them that check.

California Democrats have been writing checks post dated to the future. But there’s no future and the demographic checks are starting to bounce.

“My own belief is that California has a unique place on the planet. It’s been a place of dreams,” a younger Jerry Brown would rhapsodize. But it turns out that California is not such a unique place after all. It’s a land of dreams, and dreams are not a good basis for policy. When leftists turn their dreams into reality, they wake up to discover they’re living a nightmare. 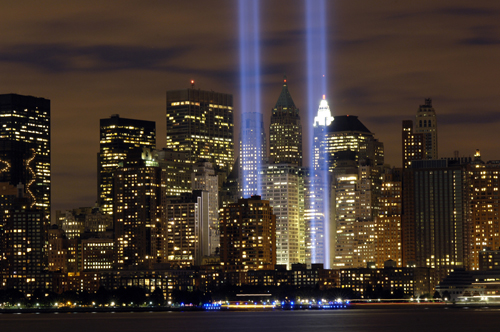 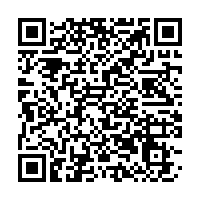