A curfew has been declared in the central Israeli mixed Jewish-Arab city of Lod, beginning at 8 pm and continuing until 4 am, after Prime Minister Benjamin Netanyahu formally declared a civilian “state of emergency” in the city.

Residents of the city are banned from leaving their homes, and no one may enter the city during these hours.

The move comes after a 48-hour period in which Jews in the city came under attack by their Arab neighbors, who torched three synagogues and dozens of cars, set fire to garbage bins and did their best to destroy Jewish-owned property. A religious Jewish school for children was also burnt to ash.

“We have lost control of the city and the streets,” Lod Mayor Yair Revivo told Israel’s Channel 12 News.

Israel Police Chief Kobi Shabtai offered a broader view: “We have not seen this kind of violence since October 2000,” he said, referencing the start of the Second Intifada. Shabtai said he would transfer his office to Lod until the situation was stabilized.

In fact, mixed and Arab cities across the country exploded in violence; fires were set in and around Wadi Ara, Jisr az-Zarqa, the town of Majd al-Krum and in Umm al-Fahm, where rioters threw stones, live fireworks and Molotov cocktails. They also burned tires and trash cans.

In the ancient, mixed Jewish-Arab city of Acco the Uri Buri Jewish-owned fish restaurant was set aflame. An 84-year-old man was seriously wounded as well.

One person was seriously injured in the city after being hit by a rock hurled by an Israeli Arab rioter. A second person was injured as well.

“We will not tolerate this; we need to restore calm. If this isn’t an emergency situation, I don’t know what is,” Netanyahu said in setting the stage for the curfew. “We’re talking about life and death here… These events have no excuse; it’s fundamental hate.”

Some 151 rioters and attackers were arrested across the central-northern district Tuesday night, police said, including 25 residents of Lod and Ramla. 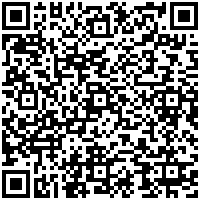