The mantra of the lockdowners is pretty simple. When in doubt, blame religious people. If the test numbers are going up, blame the folks praying and getting married and burying their dead, instead of binging on Netflix and retweeting Biden memes. And in New York, that means blaming Orthodox Jews.


Mayor Bill de Blasio had already engaged in blatant antisemitism with his infamous tweet. “My message to the Jewish community, and all communities, is this simple: the time for warnings has passed”

Now it’s Governor Cuomo’s turn, ranting at a press conference, “I have to say to the Orthodox community tomorrow, ‘If you’re not willing to live with these rules, then I’m going to close the synagogues.’”

Those would be the rules that Cuomo and his allies don’t live by.

Sharpton held an  anti-police event with Cuomo conducted during the pandemic. Sharpton has since gone on to hold a 50,000 rally in D.C. while the media applauded.

Meanwhile Cuomo’s munchkins had dug up a photo of a Chassidic funeral from 2006 and displayed it damningly as an example of VERY BAD BEHAVIOR. The sort of terrible behavior that killed all the nursing home patients whom Cuomo put in proximity to coronavirus patients.

This sick sad farce isn’t just hypocritical, it’s now blatantly racist. And the Democrats who, not all that long ago were claiming that calling the coronavirus, the China Virus, was racist and could cause hate crimes, have no concern about falsely blaming a minority group for the virus, as long as it’s traditionally religious and white. 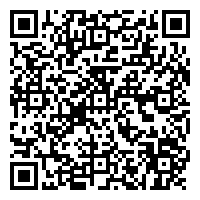