To understand how we got to the point that spending hundreds of millions of dollars to support a government run by people who have been at war with us for almost a century is a policy that most foreign policy experts endorse, it helps to take a brief trip back in time.

In the last century, our big three wars, the two we fought and the one we didn’t, were against enemies who were seen as being distinguished by a lack of democracy, with the Kaiser, the Fuhrer and the Commissar embodying the antithesis of the American system.

The Democratic Party, which stood at the helm during both hot wars, was able to link its brand to the wars by defining them as struggles for democracy. The process of de-nationalizing war from a conflict between nations and ethnic groups was only partly realized in WWI, where invective against the “Huns” still simmered, but was largely achieved in WWII; with some exceptions made for Japan.

This idealization of war made post-war reconstruction and alliance easier. National and ethnic grudges were set aside and replaced by ideological platforms. If the trouble was a lack of democracy, then all we needed to do was defeat the tyrant’s armies, inject democracy and stand back. Focusing on democracy made it possible to rebuild Germany and Japan as quasi-pacifist entities expressing their grievances toward the Allies from the pacifistic stance of the moral high ground, rather than  through  military rearmament and revenge.

And democracy made it easier to turn liberals against the Soviet Union, which had tossed aside every pretense of being a bottom-up system for what was clearly a top-down tyranny. The liberals who had believed in a war for democracy in Europe had difficulty tossing it aside after the war was over. And that emphasis on democracy helped make a national defense coalition between conservatives and liberals possible. Both might have fundamental disagreements, but they agreed that democracy was better than tyranny. And if that was true, then America was better than the USSR.

This strategy was effective enough against existing totalitarian systems. It however had a major weakness. It could not account for keeping a totalitarian ideology from taking power through the ballot box.

The assumption that because the Nazis and the Communists rejected open elections that they could not win open elections was wrong. Democracy of that kind is populism and totalitarian movements can be quite popular. The Nazis did fairly well in the 1932 elections and the radical left gobbled up much of the Russian First Duma. The modern Russian Communist Party is the second largest party in the Duma today.

Democratic elections do not necessarily lead to democratic outcomes, but the linkage of democracy to progress made that hard to see. The assumption that democracy is progressive and leads to more progress had been adopted even by many conservatives. That fixed notion of history led to trouble in Latin America and Asia. And it led to total disaster in the Arab Spring.

Cold War America knew better than to endorse universal democracy. Open elections everywhere would have given the Soviet Union more allies than the United States. The left attacked Eisenhower and Kennedy as hypocrites, but both men were correct in understanding that there was no virtue in overthrowing an authoritarian government only to replace it with an even more authoritarian government; whether through violence or the ballot box.

As time went on, Americans were assailed with two interrelated arguments. The left warned that the denial of democracy was fueling Third World rage against the United States. By supporting tyrants, we were conducting an occupation by proxy. And on the right we heard that tyranny was warping Third World societies into malignant forms. The left’s version of the argument directed more blame at America, but both versions of the argument treated democracy as a cure for hostility.

September 11 appeared to confirm one or both of the arguments as policymakers and pundits found themselves confronted with an unexpected wave of hostility from countries that they had not spent much time thinking about. 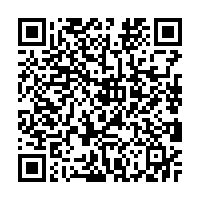