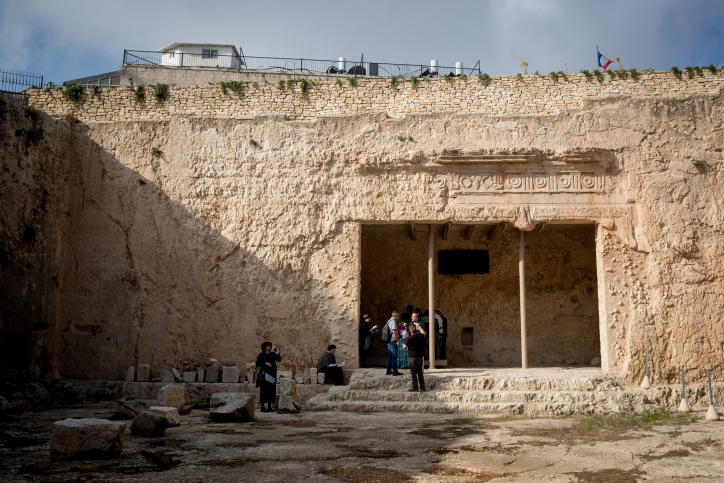 In 1948, the armies of seven Arab nations invaded Israel. They failed to wipe out the newly reborn nation, but Jordan occupied part of Jerusalem and ethnically cleansed its Jews. 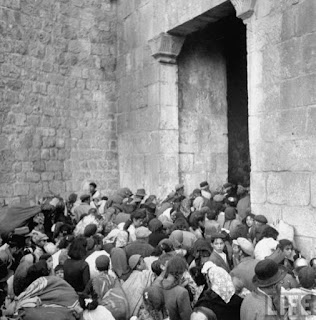 Among the former Jewish neighborhoods was a small area named Shimon HaTzadik or Simon the Righteous after a high priest who became famous for talking Alexander the Great out of putting up an idol in the Temple. The Arab Muslim colonists who had occupied the area however called it Sheikh Jarrah after an associate of the Iraqi invader Saladin.


Saladin had invaded Israel some 1500 years after Shimon HaTzadik’s death. His associate settled in Jerusalem and died there. A mosque was built over the house of the invader, Jarrah, which later gave its name to the neighborhood when the Husseini family set up shop there in the 19th century. Hitler’s Mufti, Haj Amin al-Husseini, grew up in the first house in the neighborhood.

Seven years after he got a pledge from Hitler to invade and kill all the Jews, the Islamic leader tried to finish the job with the Army of the Sacred Jihad backed by thousands of Muslim Brotherhood Jihadis. Aside from blowing up the newspaper that would later be known as the Jerusalem Post, the Jihadis performed poorly in battle and fell apart when their commander, another Husseini, was killed trying to cut off Israeli supply convoys to the siege of Jerusalem.

The Jordanians desecrated the synagogues of East Jerusalem, used Jewish tombstones to pave roads, and seized Jewish property through their Custodian of Enemy Property.

In 1956, UNRWA worked with the Jordanian occupiers to settle “Palestinian refugees” in this Jewish neighborhood. The UN agency had been entirely dedicated to caring for the Arab Muslim settlers who had failed in their invasion of Israel and was settling them in violation of international law in the homes of the Jewish residents who had fled the illegal occupation.

Once the UNRWA had “resettled” its “refugees” in homes stolen from their Jewish owners through ethnic cleansing, it deemed them to no longer be refugees. The actual refugees however were the Jewish residents who had their homes stolen by the UNRWA.

The only thing more disturbing than a UN agency collaborating in ethnic cleansing was that after Israel liberated and unified Jerusalem, the illegal Arab Muslim occupiers of the homes not only refused to leave, but their right to remain in homes stolen from their Jewish inhabitants was taken up by the UN and the international community. Not to mention a lot of lawyers.

It took the original Jewish owners five years to even win legal rights to the homes in court. But they didn’t actually get the property back. In an attempt to avoid just the kind of international incident going on now, the Israeli authorities brokered a deal in which the Muslim squatters would pay rent and accept the legal rights of the Jewish owners of the trusts.

The rent on the homes was a fraction of what they would go for on the open market. But even that money was never actually paid. The next three decades were spent trying to evict the illegal Muslim settlers who wouldn’t pay rent or leave.

The recent court decision on evictions, which was used by Hamas and the PLO as a pretext for the war that they had been planning on starting anyway, is the latest in a string of legal decisions over these homes going back 50 years.

These decisions came from independent courts, not the Netanyahu government, in a legal battle that began when he was a college student studying at MIT. There isn’t a single argument for why the Jewish trusts that owned the homes should have lost the right to them when Jordan invaded and seized those homes, or why the UNRWA’s decision to illegally collaborate in ethnic cleansing by settling members of an occupying nation in those homes was legal.

All their arguments come down to shouting, “apartheid” and “ethnic cleansing” when the only time there was apartheid and ethnic cleansing in Jerusalem was under Arab Muslim occupation.

“We stand in solidarity with the Palestinian residents of Sheikh Jarrah in East Jerusalem. Israeli forces are forcing families from their homes,” Rep. Alexandria Ocasio Cortez tweeted.

“The evictions of Palestinian families must not go forward,” Bernie Sanders ranted.

“The Administration should make clear to the Israeli government that these evictions are illegal and must stop immediately,” Senator Elizabeth Warren declared. Despite being a lawyer, she declined to identify how the Israeli court ruling was “illegal”.

The Biden administration also got into the act.

“We are deeply concerned about the potential eviction of Palestinian families in the Silwan neighborhood and in Sheikh Jarrah, many of whom have lived in their homes for generations,” State Department spokeswoman Jalina Porter, a former cheerleader who had falsely accused America of genocide, claimed.

The only way to argue that the homes were “theirs” is by recognizing the legitimacy of occupation and ethnic cleansing, at least when it’s practiced by Muslim invading armies.

The moral principle for which AOC, Sanders, Warren, and the State Department are fighting is that when Arab Muslims drive out the Jews and seize their homes, it’s their property now.

The entire legal basis for the court case by the squatters is their claim that the property had been given to them by Jordan’s Custodian of Enemy Property office. This claim has standing in Israeli courts which chose to wrongly recognize those seizures. And so the court cases have revolved around whether the squatters could ever prove that an illegal occupying power had transferred title to them during its ethnic cleansing campaign. The squatters couldn’t even meet this low bar because they were never given title to the homes, but the vicissitudes of local real estate law aside, there’s still the invasion, the illegal occupation and the ethnic cleansing.

When AOC, Warren, Sanders, Tlaib, Omar, the UN, and the Biden administration treat the occupiers of Sheikh Jarrah as the rightful owners, they’re defending ethnic cleansing.

And it should be called what it is. 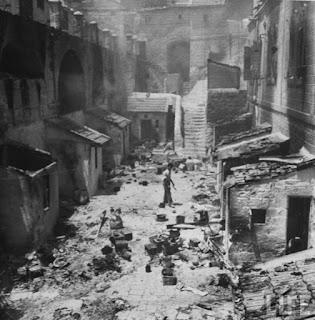 The fundamental issue at stake in Shimon HaTzadik and Sheikh Jarrah are crystal clear. Unlike some parts of Israel where territory changed hands in more complex ways, we know exactly what happened and why it happened. And those simple facts tell a story of the UNRWA’s complicity in the ethnic cleansing of Jews, not just today when it serves as a storehouse for Hamas missiles and an employment agency for Hamas propagandists, but back in the 50s.

Jews were ethnically cleansed from Jerusalem after an invasion and occupation. The United Nations, through UNRWA, violated international law by taking part in population transfer by an occupying power which had expelled the indigenous population. This is the charge that the UN and the anti-Israel politicians and media have repeatedly lobbed at Israel.

And they’re the ones guilty of it.

Their Sheikh Jarrah argument is that ethnic cleansing and occupation are moral and legal when Arab Muslim armies do it. It’s that Arab Muslim squatters who moved into Jewish homes in 1956 had gained an immutable moral right to live in them by 1967 that outweighed those of the Jewish trusts which had owned them since the 19th century.

There’s no better way to show the hypocritical double standards of an anti-Israel movement that cries about occupation, ethnic cleansing, and apartheid while practicing those very things.

AOC, Sanders, Warren, the UN, the Quarter, the EU, and the Biden administration are demanding that the Arab Muslim occupation of Jerusalem continue. They are ordering a free country to overturn the legal ruling of a court in case that goes back to the 1970s because they believe that Arab Muslim occupiers have a right to live in Jerusalem… and Jews don’t. 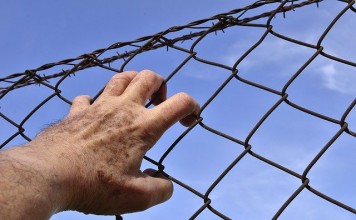 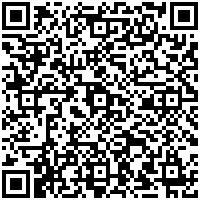