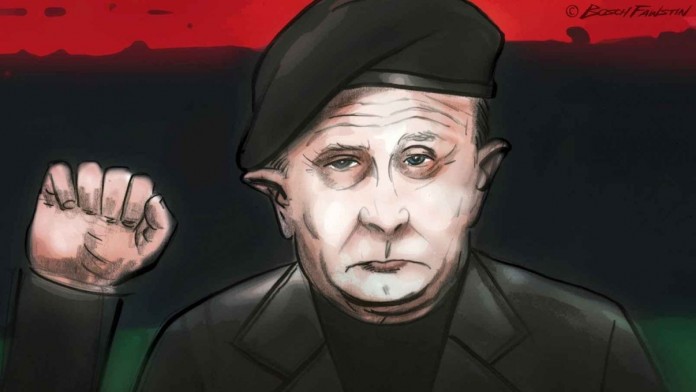 After years of Russiagate conspiracy theories about how the Russians had somehow rigged the 2016 presidential election using Facebook ads, the Senate Intelligence report awkwardly revealed that the Russian operation had focused most of its attention on black nationalists.

The Senate report revealed that “most of the videos” put out by the Russian IRA troll factory on YouTube “pertained to police brutality and the activist efforts of the Black Lives Matter organization” and found that “no single group of Americans was targeted… more than African-Americans” around “race and related issues”.

But that was an understatement.

The Russians had created their own Black Lives Matter groups, activists and protests. It is still not fully clear where the dividing lines between black nationalists and Russian agents lie. And the media has consistently buried these revelations about the real Russian role in our politics to focus on the discredited smears targeting President Trump and his political allies.

And yet the true Russian agents were the black nationalists championed by the Left.

The recent indictment of Aleksandr Ianov, a Russian figure operating in coordination with Russia’s FSB security agency, accuses him of recruiting and providing financial support for black nationalist groups in the United States.

One of the black nationalist groups in the indictment is the Black Hammer Party whose leader Gazi Kodzo had described Anne Frank as a “colonizer” and “bleach demon” and who has since been arrested on charges of kidnapping, assault, and aggravated sodomy.

The Marxist group involved in BLM protests had been known for marching through Atlanta behind its “gender non-conforming” leader who calls himself “they”, and shouting, “Kill the police! To get free, you’ve got to kill the pigs.”

Another of these was the Uhuru Movement, a socialist black nationalist group previously involved in race riots in St. Petersburg, Florida in 1996.

The Tampa Bay Times described the city becoming a “war zone, echoing with bullets, sirens and anguished screams” where “police officers took cover from automatic gunfire” and “police helicopters circled looking for rooftop snipers” while “one helicopter was hit by gunfire in the windshield and floor. A bullet grazed the pilot’s elbow.”

The violence had begun with the arrest of an Uhuru member outside its headquarters.

More recently, Uhuru figures took part in Black Lives Matter marches. Despite the group’s ugly history, when its black nationalist flag was set on fire, the media rushed to falsely claim that it was a hate crime when it was actually a black man who burned the supremacist group’s symbol of hate with a flamethrower because he hated socialists.

The indictment of the alleged Russian agent and the raid on Uhuru House has revisited the question of the ties between Moscow and its racist supremacist fifth column.

Omali Yeshitela, who claims that he was handcuffed during a raid on Uhuru House, is a longtime black nationalist figure with a history with the Nation of Islam and the Black Panther hate group. He appeared at a New Black Panther Party convention and had been involved in an anti-semitism controversy at a hate event at San Diego State University.

Uhuru is a deeply racist movement and some of its latest materials include claims that white people are “barbarians” and “terrorists”, and that they “achieve their means of existence from a parasitic relationship they enjoy with the rest of the world.” These are ideas fundamental to the critical race theory understanding of the world, in arenas such as the 1619 Project and the entire anti-racism project, but the question is how many of these ideas were coming out of Moscow?

One of the Uhuru projects backed by Russia was a campaign titled, “Africans Charge Genocide”. “We Charge Genocide” was originally a Communist project in the 1950s under Stalinist singer Paul Robeson and the Communist front group, the Civil Rights Congress.

Black nationalism, from its early days a century ago, had been tied up with Communists, and with the rise of the Soviet Union was increasingly organized and funded out of Moscow.

Uhuru candidates for political office in St. Petersburg, Florida, appeared to be backed by Russian agents. The FSB received campaign statistics and information with one officer of the Russian security agency commenting, “our election campaign is kind of unique.”

According to the Tampa Bay Times, the campaign fit the profile of Eritha “Akile” Cainion, the editor of Uhuru’s Burning Spear paper, whose city council campaign was promoted by local media which praised her racialist slogan, “Make the Southside Black Again.”

One ad on her Instagram urged, “call us to pick up your ballot”.

At the time it was recorded that she had “raised nearly $30,000, primarily through small donations, including several as little as $1. Much of her money has come from donors who live out of state.”

Cainion, currently the director of agitation and propaganda for the African People’s Socialist Party, responded to the Uhuru raid with a press conference, echoing traditional Communist propaganda and claiming that, “world colonial powers have been collaborating against Russia for well into the early 1900s.” And she declared, “We are in support of Russia.”

How far do the longtime links between black nationalists and Russia’s spy organizations go?

Previous events involving Ionov’s Anti-Globalization Movement of Russia allegedly included Margaret Kimberley of Black Agenda Report whom Cornel West had praised as “one of the few great truth tellers”, and more traditional Trotskyist groups such as the Workers World Party which played an early role in statue attacks in the South and may have links to Antifa.

After the statue attack in Durham, the Workers World Party issued a statement claiming that it “put out a call for militant action to our close comrades in Black Youth Project 100,  Durham Beyond Policing, Southerners on New Ground, Industrial Workers of the World and local Antifa.”

A Workers World writeup of one of Ionov’s conferences featured a presentation on Russia’s territorial claims in Ukraine, along with “the Israeli genocide against the Palestinian people” and concluded with a protest against racism outside the U.S. Embassy in Moscow.

Odeh is the Muslim terrorist linked to the murder of two Jewish college students in Israel.

There’s little novel here except that the old Soviet propaganda machine is still running in Moscow and promoting the same coalition of Communists, black nationalists and Muslim terrorists this time under the aegis of a what Putin had created as the National Military Fund.

The question is how much of the Black Lives Matter and Antifa violence came out of Moscow?

Much like the Soviet involvement in race riots and domestic terrorism by the black nationalist and anti-war Left during the Cold War, we will likely never get a full accounting of the impact.

And yet an important missing piece of Russiagate is that the Left was once again accusing conservatives of its own crimes. Right down to the Russian backing for its election interference.

The Russians weren’t elevating Trump and Republicans, they were backing the far Left.

America’s radical enemies attacked government buildings, churches and synagogues, toppled statues, assaulted police, and carried out the nation’s biggest insurrection in two generations with the overt political support of the media, leading corporations, and the Democrats.

The end result put Biden in power and America on a course to international decline. Moscow and Beijing are the biggest beneficiaries of that decline.

Russian Facebook ads had nothing to do with the 2016 election, but they helped promote the hate groups behind the “mostly peaceful” race riots that changed the political trajectory of 2020.

And FSB agents were apparently directly involved with at least one black nationalist hate group.

A real Russia investigation would finally expose the longstanding ties between the American Left and our international adversaries, including their longtime backers in Moscow. 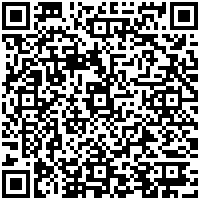