Bars, restaurants, offices, libraries, and schools have shut down. Times Square and Los Angeles freeways are deserted. But the media goes on, without a break, spreading distrust, doubt, and panic. Everything in the United States can shut down, but like roaches emerging from the rubble of a postapocalyptic world, the media goes on lying, smearing, and undermining the President of the United States.

The media only knows how to do one thing and that’s take a crisis and make it even worse.

While much of the country was coping with the massive dislocation caused by the Wuhan Flu, the media was focused on accusing President Trump of racism for calling it the Chinese virus.

At a White House press briefing meant to provide the public with information about the government’s plans to fight the virus, reporters complained about the name. The briefing interruptus was a small sample of the nomenclature campaign by the nomenklatura obsessed with political correctness.

While entirely missing the point.

The People’s Republic of China has rolled out a sophisticated campaign to blame the Wuhan Flu on the United States. In a time when there’s no barrier to conspiracy theories, the ChiComs know that a portion of the population will believe that the Wuhan Flu came out of one of our labs, instead of the Wuhan Institute of Virology, just like they believe that a Communist defector didn’t kill JFK, America didn’t land on the moon, or that Islamic terrorists didn’t fly planes into the World Trade Center.

What’s at stake here is more than bragging rights. The People’s Republic understands that the Chinese Century, its manifest destiny of becoming the leading world power, is on the line. The Wuhan Flu significantly undermined its global credibility. The only way out is to shift the blame and convince the world and useful idiots in this country that the virus is really America’s fault.

If China wins the race to reemerge successfully from the Wuhan Flu and establishes economic preeminence once again, the Chinese Century is back on the menu. And that requires sabotaging America’s recovery both in our own country and on the world stage.

Every time President Trump calls it the Chinese virus, he’s making an important point. Meanwhile the media has become a repository of People’s Republic propaganda. The problem extends far beyond whether to call it the coronavirus, the Wuhan Flu, COVID-19, or the Chinese virus.

The media has met this crisis, the way it has every other, by persistently undermining President Trump’s leadership. Repeatedly interrupting his press briefing for ChiCom memes is not an aberration, but how the media has tackled the subject of the Wuhan Flu all along.

Even President Bush received a “crisis honeymoon” after September 11 in which the media briefly projected calls for national unity and solidarity. There has been none of that with this virus. Instead the media has reacted to the pandemic the way that it did to Hurricane Katrina.

After years of stirring up divisiveness as a political and profit model, why change now?

The media’s message is that POTUS is inept, incompetent, and incapable. That no one should listen to him or trust him to lead us through this emergency (while repeatedly holding up China as a model) and that the only thing to do is panic, panic some more, and vote Biden.

The Wuhan Flu shows that the media is the country’s real public health crisis.

Faced with a pandemic, the media never asked itself what its responsibility to the country might be beyond doubling down on its efforts to defeat Trump and elect a Democrat. Instead it has amplified misinformation, undermined the country’s leadership, and spread defeatism.

The media’s usual nasty habit of accusing President Trump of lying (accompanied by mendacious fact checks which don’t check facts, but spin political narratives) is a lot more dangerous than usual during an outbreak in which it’s important for the public to believe what the President of the United States is telling them about safe and unsafe behaviors.

Like the ChiComs, the media has no problem worsening the disaster to score political points.

In just the last few hours, the media has run hysterical smears with headlines like the New York Times’, “The President Is Lying About Coronavirus” whose goal is to undermine Trump. The media presumably believes that the general public will understand the distinction between accusing President Trump of lying about the Wuhan Flu, take Vanity Fair’s “Every Time Trump Opens His Mouth, Nine Lies Fly Out: Coronavirus Edition”, and taking his health advice for staying safe from the Wuhan Flu.

But there’s no reason to think that the public share the media’s complicated ideological calculations.

When the media undermines trust in a nation’s leader during an emergency, it causes panic, fear, and doubt. You can’t tell the public that they shouldn’t believe anything President Trump says, except when it comes to advising an end to larger gatherings and avoiding exposure by the elderly.

The entire country does not share the media’s ideological filter. The reality that Hillary Clinton isn’t in the White House, but is instead accusing President Trump of racism for calling it the Chinese virus, should have brought that fact home to even the most blinkered media echo chambers.

Even as the media scores record profits from views and clicks of its hysterical and uninformed virus coverage, it doesn’t actually care about the people at risk or those whose lives have been overturned. What it cares about is monetizing its coverage and weaponizing it to put Biden in the White House.

Bad actors like The Lincoln Project and PACROYM have decided that their campaign to beat Trump shouldn’t take a break during a public health emergency. But it’s one thing when PACs run ads targeting the President of the United States during a crisis, that’s politics, albeit in very bad taste, and another when the media, which wants to be seen as a source of credible information, does the same thing.

National unity during a crisis would have the White House and the media communicating the same message. And it would be a message that the entire country would be able to put its trust in.

Instead the media is tainting the pool, attacking the credibility of President Trump, forcing him to retaliate, and sending mixed messages at a time when people need clear and simple health advice.

Local governments have shut down bars and eateries. Nobody has shut down the media. But an hour of CNN is far more of a public health threat than all the bars in all the cities of the country. 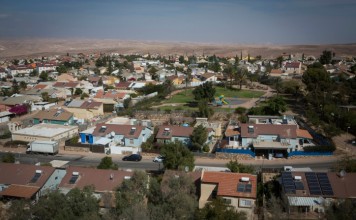