As Americans prepare to vote, allow me to hold up a banner with the words of the wisest man ever.

The words are those of King Solomon (Koheles 1:9): “What was will be, what was done will again be done, and there is nothing new under the sun.”


The famous Alter of Slabodka once told his students, “Just look how contemporary our Holy Torah is. Do you know how we ended up here in Europe? It’s all because of the words Avraham Avinu spoke in Bereishis 18, verse 4, when visited by three guests after his circumcision: May water be brought for you to wash your feet.”

The Alter, citing Rashi, said the command was carried out by an assistant and so God repaid Avraham’s offspring through an assistant (Moshe), for the Torah states (Bamidbar 20:21): “And Moshe lifted his staff and hit the rock.”

The Alter explained that the nation of Israel received water in the desert through an assistant rather than directly from God Himself, and Moshe, the assistant who hit the rock instead of speaking to it as he had been commanded, was punished by not being allowed to enter Israel.

We know that if Moshe had led the people into the Holy Land, the Messiah would have immediately come and we would never have gone into exile. And so, the Alter concluded, he and his students were in Slabodka because Avraham did not properly honor his guests by personally bringing the water.

For the same reason, Jews find themselves in America, and they are about to vote in an important presidential election.

Let’s stay with the pasuk: Avraham needed water for his guests to wash their feet. Rashi says he thought they were nomads who worshiped the dust of their feet, and he wanted them to remove that dust before they were to enter his home.

Now, this can’t be taken literally. Who in the world would worship foot dust?

There are two words for dust in Hebrew: ofor, as in our daily prayer “May [I reach a level of] my soul [being] humble like dust – k’ofor – in every situation; and ahvahk, meaning powder, a word associated with battle, as in the struggle – vayeh’ovek – of Yaakov Avinu with the angel of Eisav. It essentially means kicking up dust in battle.

In our day there are Arabs who glorify gunpowder and the powders associated with bomb-making.

Father Abraham suspected that the disguised angels were people who glorified armed struggle. He would allow them into his home only after they “came clean.”

Our president is in complete denial and has been throughout his term in office. He went to Cairo in 2009, just after he began his presidency, to decry the measures taken by previous U.S. presidents in dealing with the reality of the “powders” of jihad, and just recently at the UN he was in complete denial of the horrific terrorist attack on our Libyan embassy and the killing of four American heroes, claiming the attack was caused by hurt feelings on the part of Muslims who had been offended by a clip on YouTube.

Prime Minister Netanyahu, for his part, using a diagram of an old-fashioned “powder”-filled cannon ball, gave the world a lesson in history.

I have already voted, at the OU Israel Center in Jerusalem, to replace the powder of war with the dust of humility.

May God bless America and its people and give us all the wisdom to make the right choice at the polling booth – the wisdom to return our great nation to its rightful position as the world’s guardian of peace and freedom. 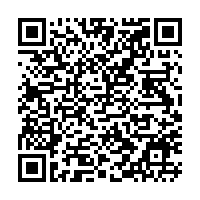