Nuclear weapons and nuclear war. This is not a new subject for my column in The Jewish Press. What is new is the urgent need to confront, head on, an expanding international movement to eviscerate Israel’s nuclear posture – and at precisely the precarious moment when this critical posture should actually be made more visible, and hence, more compelling.

Si vis pacem, para bellum atomicum. “If you want peace, prepare for atomic war.” At first glance it would seem an odd maxim for Israel, perhaps a misconceived admission of belligerence, or even an embarrassingly empty witticism.


Still, however reluctantly, this maxim must become Israel’s core strategic mantra in the years just ahead. This is not because a nuclear war is necessarily likely, but rather because Israel’s nuclear deterrent will remain utterly indispensable for the prevention of large-scale conventional conflict.

Nonetheless, the myriad threats facing Israel are not mutually exclusive. With Iran’s steady and unhindered nuclearization, an eventual nuclear war, or even a “bolt-from-the-blue” nuclear attack, cannot be ruled out. Considered together with the plausible understanding that an Iranian nuclear enemy could be driven by apocalyptic visions of jihad, this means Israel’s military planners will need to augment credible strategic deterrence with apt forms of diplomacy, ballistic missile defense, and (possibly) preemption.

At the moment, this last option might already be limited to cyber-attacks, assassinations and/or regime-change interventions, and/or to certain more traditional sorts of defensive physical harms. Jurisprudentially, all of these kinds of preemption could be considered as entirely proper expressions of “anticipatory self-defense.”

Now, Israel must simultaneously examine the strongly related and inter-penetrating issue of a Palestinian state. If President Obama or his successor should persist with the so-called Road Map To Peace in the Middle East, an independent state of Palestine could still be carved out of Israel. Palestine would then become an additional and largely optimal platform for launching future war and terror.

President Obama still seeks “a world free of nuclear weapons.” However, the existential threat posed by a Palestinian state would require some forms of prior Israeli nuclear disarmament. Once a new enemy state and its allies believed that Israel had been bent sufficiently to their nicely-phrased “nonproliferation” demands, an adversarial military strategy could progress rapidly from terror to war, and subsequently from attrition to annihilation.

To be sure, Israel’s unilateral nuclear disarmament is improbable. But it is not entirely out of the question. For whatever reason, certain of the country’s leading academic strategists continue to advance this plainly insupportable recommendation. I have debated these strategists myself, most recently on the pages of Harvard University’s leading journal, International Security.

True, it is generally difficult to imagine nuclear weapons as anything other than implements of evil. Still, there are circumstances wherein a particular state’s possession of such weapons may be all that protects it from catastrophic war or genocide. Moreover, because such weapons may most effectively deter international aggression, at least in those cases where the prospective aggressor remains rational, their possession could also protect neighboring states (both friends and foes) from war-related, or even nuclear-inflicted harms.

Not all members of the Nuclear Club must necessarily represent a security threat. Some such members may even offer a distinct benefit to world peace and security. This point should already be clear to anyone who can remember the Cold War.

Should Israel ever be deprived of its nuclear forces because of naive hopes for peace, it could become vulnerable to overwhelming attacks from enemy states. Though such an existential vulnerability might be prevented, in principle, by simultaneously instituting parallel forms of chemical/biological weapons disarmament among these enemies, such parallel steps would never actually be undertaken. Meaningful verification of compliance in these complex matters is very difficult. Further, any such verification would become even more problematic in those conceivable cases wherein several enemy states might be involved.

It is time to be clear. Nuclear weapons are not the problem per se. In the volatile Middle East, the core threat to peace remains a far-reaching and unreconstructed jihadist commitment to “excise the Jewish cancer.”

Jerusalem should finally understand that the Road Map, like the prior Oslo agreements, is merely a convenient enemy expedient. Taken seriously in Jerusalem, it could easily become a cartographic detour to national oblivion. 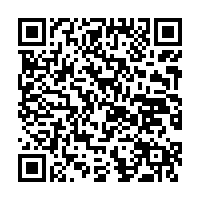