We’ve just read the Torah portion about Pinchas, an amazing tzaddik who performed an unusual act instinctively and for the sake of Hashem and His honor.

About two weeks ago I was tidying my desk area and the shelves above it. Suddenly, on the floor, seemingly out of nowhere, I saw an old article from a major Hebrew daily, written the day after Sergeant Pinchas Daddy was stabbed in the heart by an Arab who had crept up and attacked him from behind.


Pinchas Daddy. How I loved him; how everyone involved at the Kotel loved him. I had a kiosk near the Kotel and he always greeted me – as well as all the Arab shopkeepers – with a gleaming smile. He was 38 but seemed older – wise and fatherly.

He was like a television cop, twirling his nightstick and helping children cross the street. I’m telling you we all cried, Jews and Arabs alike, when our Daddy was suddenly, and ruthlessly, taken from us.

I picked up the old yellowed article, looked at the photo of that beautiful man and said to myself, “I must call his family and tell them how much I loved and miss him.”

I dialed information and asked for the Daddy family in Talpiot. Moments later I was speaking to Mrs. Daddy. I immediately started crying and told her how I found the little article and picture. She probably couldn’t believe that out of the blue someone on the line was crying for her tzaddik husband.

She told me his 20th yahrzeit – this Thursday, erev Rosh Chodesh Av – will be marked by a ceremony on Mount Herzl. I assured her I would be there.

“Did you ever get remarried?” I asked.

“Yes, I understand,” I said. “Who could ever replace a husband like yours? Pinchas was so gentle, so loving.”

“Our oldest son is a ramach [the abbreviated term for head of a division] at the Russian Compound police station,” she said, “and believe me, he emulates his father’s ways. Pinchas, I’m sure, is very proud of him.”

And now, in his honor, I present the secret power of Pinchas.

When we read in the Torah that Pinchas took the romach, the spear, with which he stabbed Zimri and his idol-worshipping girlfriend, the word romach is spelled without the Hebrew letter vav. Therefore it can be read as ramach, which we use for the number of positive commandments in the Torah.

Ramach is spelled resh (numerical equivalent: 200) mem (40), ches (8), which corresponds to the 248 organs in the body. Each positive commandment fixes and nurtures a different organ.

So the verse hints to us that Pinchas’s meticulous keeping of all 248 positive commandments gave him the strength to do what he did.

But I still didn’t have a proof for my theory until I walked into the Diaspora Yeshiva on the fast day of the 17th of Tammuz and heard Rav Goldstein, the rosh hayeshiva, quoting the famous Mussar sefer Shaarei Teshuvah, which deduces from a pasuk in Devarim that keeping all the positive commandments makes a person a yorei Shamayim – someone who properly fears Heaven – while a person who tramples even one positive commandment is not a yorei Shamayim.

Now it was clear to me that the verse reveals to us the true power of Pinchas – that it was his careful observance of the positive commandments that gave him the strength to avenge God’s honor.

Returning to our Pinchas, of the Daddy family, let’s remember that Rebbe Akiva declared that loving your neighbor like yourself is klal gadol b’Torah – equal to all the positive commandments and all the negative ones too.

Even though the human body contains 248 organs and 365 arteries that are fixed and nurtured by each of the 613 positive and negative commandments, the heart is essentially the most vital organ in the body, without which nothing will work. In police terminology, as mentioned above, the ramach is the chief of the department. So certainly the great mitzvah of loving your neighbor like yourself is klal gadol b’Torah – the heart of all 613 mitzvahs.

A year before he was killed, Pinchas Daddy had suffered a heart attack at the young age of 37. He recovered and was stationed at the holy Kotel, where he shared his heart with every human being, appreciating the importance of the heart to the body and to the mitzvah of loving your fellow man with all your heart – regardless of his color or religion. 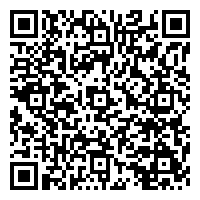