Too many of us believe Prime Minister Netanyahu is being pressured into going against his own principles when he declares his support for a two-state solution in the hopes of ending our conflict with the Palestinians.

But I believe the prime minister is shrewdly following an important biblical concept. Allow me to explain.


We have just finished the first book of the Torah, Bereishis. It’s interesting that the last two portions run one into the other, without a new paragraph between them. A number of reasons have been given in the commentaries to explain this phenomena.

I was told by a rabbi that this teaches us the entire book of Bereishis, full of amazing stories of the first men who walked the earth and of our nation’s  forefathers, should be viewed and understood as one unit of consistent teachings rather than a compilation of separate, unrelated lessons.

With this rule in mind, let’s analyze what Bereishis seems to teach us regarding the concept of Truth.

The Torah begins with what may be termed “the truth of all truths,” implied in its first words: “In the beginning God created…” This informs us of His existence and His Oneness. As we say in our daily prayers, “It is true that You are the beginning and You are the end.”

But to understand Truth in our earthly realm, we go to the 18th mishnah of the first chapter of Avos, which states that the world exits on Justice, Truth and Peace.

My holy grandfather, Reb Yaakov Kamenetsky, zt”l, cited a Midrash that says Hashem asked the attribute of Truth if it agreed to His desire to create this world. To which Truth responded, “No. Because Your world will be an olam hasheker – a lie-filled world.”

Therefore God decided to cast Truth down to earth (the implication being that He split Pure Truth into pieces) and went on to create the world.

My grandfather explained that this was God’s way of saying that truth need not be absolute.

I loved how he stated it to me in Yiddish, “Emes is nisht apsalute!” And he presented the following beautiful example: Rivkah ordered her son Yaakov to don the clothing of his brother Eisav and trick his father Yitzchak into giving him the valued blessing.

When Yaakov approached his father, Yitzchak asked Yaakov, “Who are you?” To which Yaakov answered, “I am your firstborn son, Eisav!”

Here, my grandfather explained that because truth in our world is not absolute, it must therefore be defined as “the right thing to do.”

Since Rivkah commanded Yaakov to listen to her and do exactly what she said, Yaakov was performing an act of truth. Yaakov needed to lie to his father, but this lie needs to be seen as succeeding in accomplishing an overall truth – namely, that the blessing truly belonged to Yaakov, who purchased the rewards of a firstborn from Eisav.

The Gemara (Yevamos 65) goes so far as to teach us that twisting the truth for the sake of peace is a mitzvah we learn from God Himself.

This is seen in the portion of Vayeira where Sarah laughs at the news she will have a baby: “Will I really be able to give birth at my age, and my husband is so old?”

When Hashem repeats Sarah’s words to Avraham, He tells Avraham that Sarah said she (not he) was so old. He twisted the truth for the sake of shalom bayis so that Avraham would not be get insulted and be angry with his wife. The Gemara concludes by asking, “Shouldn’t, then, this act of ‘truth twisting’ be considered a mitzvah since God Himself did it?” 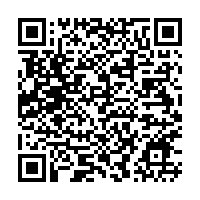