In the bitterest of ironies, ongoing diplomatic negotiations between Iran and the so-called P5-plus-1 countries will allow Iran to become a nuclear weapons state. Although these talks could still slow down Iranian nuclearization, long-term strategic objectives in Tehran will likely remain unchanged.

It follows that Israel, the country most imperiled by an “Iranian bomb,” will now have to reassess its most immediate and extended self-defense options. Militarily, the starkly polar alternatives will include both an eleventh-hour conventional preemption against pertinent Iranian hard targets (an expression of “anticipatory self-defense” under international law), and certain carefully nuanced plans for stable and protracted nuclear deterrence.


Still facing an effectively unhindered nuclear threat from Iran, Israel will soon need to choose, prudently and irreversibly, between two discrete and mutually exclusive strategic options. This choice will be between exercising a last minute conventional preemption and accepting a posture, codified or unspoken, of long-term nuclear deterrence. Should it opt for the former, for a defensive first-strike known in correctly formal jurisprudence as “anticipatory self-defense,” Jerusalem could conceivably hold back Iranian nuclearization for a time, but only at extraordinary, and possibly even intolerable, cumulative costs.

These costs, interpenetrating and expectedly synergistic, could include not “merely” the sobering prospect of more-or-less destructive Iranian/Hizbullah non-nuclear reprisals but also a veritable whirlwind of international condemnations and correspondingly injurious sanctions.

Should Israel’s authoritative leadership decide to decline the eleventh-hour preemption option and select instead a promisingly viable plan for long-term deterrence of a conspicuously-impending nuclear adversary, core corollary decisions would be need to be made. These decisions would concern, inter alia, an expanding role for ballistic missile defenses, primarily the finely-tuned Arrow system of interception, and also continuance or discontinuance of deliberate nuclear ambiguity, the so-called “bomb in the basement.”

Once confronting a fully nuclear Iran, this question could quickly assume a distinctly primary urgency; then, it will have become absolutely essential to communicate to Tehran that Israel’s own nuclear forces were adequately secure from all enemy first-strikes; and predictably capable of penetrating all enemy active defenses.

It would also have become necessary to assure a now-nuclear Iran that Israel’s own nuclear weapons were plainly usable; that is, not of such recognizably high yield as to pose implausible threats of deterrence. In this connection, there may be a useful lesson for Israel from another adversarial dyad in world politics. Pakistan, in its own currently protracted nuclear standoff with India, is already tilting toward smaller or “tactical” nuclear weapons.

Since Pakistan first announced its test of the 60-kilometer Nasr ballistic missile in 2011, that country’s “advertised” emphasis upon TNW seems to have been designed to most effectively deter a conventional war with India. By threatening, implicitly, to use relatively low-yield “battlefield” nuclear weapons in retaliation for any major Indian conventional attacks, Pakistan plainly hopes to appear less provocative to Delhi, and thereby less likely to elicit any Indian nuclear reprisals.

Amid the arcane and complex minutiae of strategic planning, Israel vs. Iran is not directly analogous to India vs. Pakistan. For Israel, any purposeful nuclear retaliatory threats, whether still ambiguous or now newly disclosed, would ultimately need to deter an Iranian nuclear attack. Nonetheless, just as Pakistan had apparently calculated the benefit of tactical nuclear weapons-based retaliatory threats in curbing unwanted escalations from conventional to nuclear conflict, so too might Israel figure accordingly.

Here, more-or-less consciously drawing upon the pertinent Pakistani doctrinal changes in Southwest Asia, Jerusalem would reason that it, too, could better prevent the onset of a conventional war with a nuclear foe, by suitably employing credible threats of TNW, or theatre nuclear deterrence.

In the good old days of the U.S.-U.S.S.R. Cold War, such calibrated strategic thinking had been given its own special name. Then, it was called “escalation dominance.” Already, it had been understood by the bipolar superpowers that fully adequate protection from nuclear attack must include not only the avoidance of “bolt-from-the-blue” missile attacks, but also the prevention of unwitting or uncontrollable escalations, from conventional to atomic war.

Occasionally, in difficult strategic calculations, truth can be counter-intuitive. Regarding Israeli preparations for nuclear security from Iran, there is an obvious but still generally overlooked irony. It is that in foreseeable circumstances of nuclear deterrence, the credibility of certain Israeli threats could sometimes vary inversely with perceived destructiveness. This means that one especially compelling reason for moving from deliberate ambiguity to selectively limited forms of nuclear disclosure would be to communicate to an Iranian enemy that Israel’s retaliatory nuclear weapons were not too large for actual operational use. 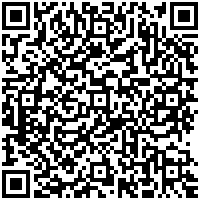