After a good meal in Houston Thursday night, we spent the evening at the Quality Inn near the Space Center. Early Friday morning we left for the Space Center so that we could get an early start before Shabbat. I had worked for a while as a consultant at the Kennedy Space Center in Florida and I found the exhibits at the center in Houston to be very interesting. We took both tram rides, met an astronaut, saw the IMAX show and the Starship Gallery, and visited as many exhibits as possible. We then headed back to town to prepare for Shabbat. During our first week on the road we had travelled over 1,800 miles, from Florida through Georgia, Alabama, Mississippi, and Louisiana to Texas.

Prior to leaving New York, we had purchased a few dozen La Briute self-cooking meals and Meal Mart microwave meals for the trip, but there is nothing like “home-cooked” meals after the packaged variety. The La Briute meals were very convenient and better than airline food, but not much better.

The hospitality of the Houston Jewish community was the warmest of all of the communities we visited. Our hostess, Helen Feintuch, welcomed us and led us to her washer and drier so that we could make sure that I had a white shirt for Shabbat. My wife, Barbara, had asked our other hostess, Sandy Friedman, to order kosher roast chickens and cooked meat for our meals during the coming week’s travels. After leaving my brother Avi and me to handle the laundry, Barbara and Avi’s wife, Martha, drove to pick up the order, cut it up and package individual meals for the next few days of our trip. (We had a large cooler in the van which we kept filled with ice for those items that had to be refrigerated.)

We davened at the Young Israel of Houston and enjoyed Rabbi Yehoshua Wender’s d’rashot. We ate our Shabbat meal that evening with the Friedmans and we learned a great deal about the Houston Jewish community and its growth. Our friends, Howard and Florence Kushner, who we had met several years ago when they came to Israel for Pesach, were also guests that evening, along with Karen and Steve Rosenblatt. It was a very interesting and enjoyable evening with lots of laughs and stories.

After Shabbat morning davening at the Young Israel, we joined Helen and Howie and the Feintuch family and their other guests for lunch. They had invited Suzie and Jeff Goldstein (of Suzie’s Grill) with their twins who had just returned from a year in Israel. Gedalia and Judy Pollack joined us with two others from Israel, Avi Lin from Raanana and Zev Gross from Kfar Saba. It was a very lively lunch and we all enjoyed ourselves.

After Minchah, I was invited to speak to the Young Israel community about life in our settlement community and answered many questions from the members.

After Havdalah, besides doing more loads of laundry, we socialized and learned about the Houston community. We were amazed to learn that some of the beautiful homes with swimming pools we visited had cost under $200,000, while in Israel a four-room apartment costs more than that.

We had planned to rush off the next morning to continue our trip, but the hospitality was so warm and the conversation so interesting that we did not get moving until after 11:00. We then headed for the Alamo. 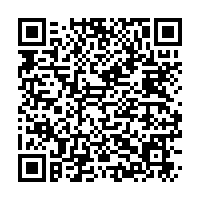