Here is an amazing story. I recently made a bar mitzvah for my second son. I went to have my daughter’s hair done in Flatbush, and had to be at the hall two hours later. When I got into my van it would not start, even after trying to start it a second time. My seven-year-old daughter, sitting in the back seat, said, “Mommy, the van won’t start? Hashem will help us.”

I quickly called Chaverim, but they weren’t able to help me. The same held true for my neighbor. After explaining my situation (of attempting to get to my son’s simcha) to a second Chaverim member who came to help, it was thought that perhaps the problem was due to the van’s starter or alarm. As yet another Chaverim member arrived to help his colleagues, I’m thinking about how much I need Hashem’s help. What am I going to do, I’m wondering, as I am supposed to pick up my mother-in-law in a half-hour in order to take care of something before the simcha.


While watching, with my daughter, the Chaverim members try to get the van up and running, a frum lady walking down the street saw the commotion that was taking place concerning my van and asked me what was going on.

I told her about my dire predicament, adding that I wasn’t yet dressed for the affair, had no makeup on, my daughter also wasn’t ready, and that everything I needed was in the van.

Despite not knowing me, the woman offered me her car keys and told me to drive to and enjoy my simcha. She told me she had two cars, so getting around would not be an issue for her. She also gave me her address. I asked her if she was for real.

After realizing that her offer was genuine I looked at her in disbelief, astounded at the kindness of the Ribbono Shel Olam for suddenly sending me such a shaliach.

This wonderful person was fulfilling the mitzvah of nosei be’ol chaveiro.

The story ends with one of the Chaverim members getting my van to start, and us getting to the hall on time to enjoy our beautiful simcha.

May Hashem have mercy on us in our personally turbulent times, and help us carry, lighten, and perhaps unload our packages altogether. May Klal Yisrael have ahavah, achavah, shalom, v’reius for each other in rich, deep and benevolent ways. 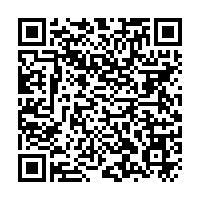