It was 108 degrees on the streets of Las Vegas, so we spent much of our time either in our car or visiting different hotels, each of which featured an interesting show or tourist area. We took time out to visit Kim Sedway. Kim’s husband, Marvin, a”h,Barbara’s cousin, had been a very well-loved Nevada state senator, and we also visited various state buildings that had been named in his memory.

The AAA map program that I had used to plot our travel path listed many scenic byways, and I often chose to travel these roads rather than the super highways. We took a scenic road around Las Vegas to the Red Rock Canyon and viewed the stunning mountain area. On our way back to our motel, we stopped at the Smith Supermarket which featured a large kosher section where we purchased delicious fried chicken and other foods for the next few days.

Our next stop was the Hoover Dam, which was very impressive. It is the highest concrete dam in the Western Hemisphere and is more than 725 feet above the Colorado River. It has 17 generators that produce over four billion kilowatts of electricity a year. We drove across the Memorial Bridge and enjoyed the spectacular views that were only available from helicopters before October 2010.

After spending three days in the Las Vegas area and touring nearby sites, we left for California via Death Valley. When we stopped for gas at a Maverick gasoline station before we entered California, we were delighted to find OU-certified yogurt machines with many yummy flavors. We enjoyed the delicious snack and learned that many Maverick service stations have similar facilities. California did not have any Maverick gas stations but, a week later, when we left California again, we used the Gasbuddy App on my brother Avi’s cell phone to find Maverick stations whenever we could.

We entered California and visited Death Valley, the lowest (282 feet below sea level) and hottest (120 degrees in the summer) location in America. It is an area of sand dunes, multicolored rock formations and millions of acres of wilderness. With tourist sites named Furnace Creek, Hells Gate and Stovepipe Wells, you can imagine that we spent most of our time in the air-conditioned van, but it was an interesting experience. The usual time to visit the area is between November and April, but we arrived on July 1.

We had planned our visit to Los Angeles for the first weekend in July and it was therefore very difficult to find Shabbat hospitality. We were very fortunate that Miriam Fishman was able to find us accommodations in the “back house” of Moshe and Chanala Chopp for the three-day weekend and we appreciated the hospitality. The “back house” is a small two-floor guesthouse with a large room on each floor and a kitchenette.

On Friday morning, we toured Los Angeles and visited the Farmers Market, the Pico-Robertson Area, Hollywood and Vine, the Chinese Theatre and walked along the stars in the pavement. Part of our tour took us to visit two of my sister-in-law Martha’s nephews, Ian and Eric Hamlet, at their Volvo Repair Shop. The sad signs of the recession were visible when we passed many streets with closed shops and large for rent signs.

After attending the Young Israel synagogue on Friday night, we joined Miriam and Moshe Fishman for a delicious Shabbos dinner and enjoyed discussing Jewish Geography. After davening at the Shaarei Tefila Shul on Shabbat, we joined our hosts for lunch, Debbie and Yaakov Reichnitz, and enjoyed another delicious meal with interesting conversation.

Up next: Travelling north to Sacramento. 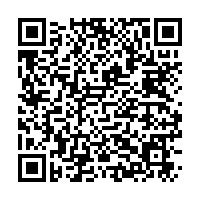