It would be unreasonable for Israel to draw any comfort from an argument that Iranian intentions are effectively harmless. Rather, such intentions could impact capabilities decisively over time. Backed by appropriate nuclear weapons, preemption options must somehow remain open and viable to Israel, augmented, of course, by appropriate and complementary plans for cyber-defense and cyber-warfare.

An important factor in this discussion of intentions, capabilities and preemption options is the so-called Middle East peace process, now more generally known as the “Road Map.”


Conventional wisdom has been quick to suggest that this cartographic process, by demonstrating and codifying Israel’s commitment to peaceful settlement of disputes, has diminished the enemy (Iranian) threat. After all, wouldn’t world public opinion uniformly condemn Iran for any act of aggression directed against a peacemaking Israel? And wouldn’t, therefore, any Iranian aggressive intentions be reduced or even removed, a change that could slow down Teheran’s pertinent unconventional militarization, and consequently the overall danger to Israel from that enemy state?

The conventional wisdom may be wrong, or merely partial. Following the earlier Oslo Agreement, Israel’s inclination to preempt enemy aggression had likely been diminished from the start. After all, virtually the entire global community would have frowned disapprovingly upon an Israeli preemption in the midst of an ongoing, incremental search for “peace” in the region.

If the Iranians should recognize these effective inhibitions on Israeli preemption options (and there is every reason to believe that they would recognize these inhibitions), this enemy state could calculate as follows: “As our militarization will be less threatened by Israeli preemptive attack during the peace process, we (Iran) should increase our capabilities, especially our unconventional weapons capabilities, as quickly as practicable.” Such a calculation could enlarge Iranian intentions to attack Israel, and could even render cost-effective hostile actions by Iran that would not otherwise have been considered, or even have been thought possible.

If the “peace process” should produce a Palestinian state, a result that now looks increasingly likely following incremental statehood actions by the United Nations, the effects on enemy capabilities and intentions, and therefore on Israeli preemption options, would be significant. Israel’s substantial loss of strategic depth could be recognized by enemy states as a distinct military liability for Jerusalem. Such recognition, in turn, could then heat up enemy intentions against Israel, occasioning an accelerated search for capabilities, and consequently a heightened risk of war.

Israel could foresee such enemy calculations, and seek to compensate for the loss of territories in a number of different ways. It could decide that it was time to take its bomb out of the “basement” (nuclear disclosure) as a deterrence-enhancing measure, but this might not be enough of a productive strategy. It could, therefore, accept a heightened willingness to launch preemptive strikes against enemy hard targets, strikes backed up by Israeli nuclear weapons. Made aware of any such Israeli intentions –intentions that would derive from Israel’s new territorial vulnerabilities – enemy states could respond in a more or less parallel fashion, preparing more openly and more quickly for their own nuclearization, and/or for first-strike conventional attacks against the Jewish State.

Taken by itself, a Palestinian state could affect the capabilities and intentions of both Israel and its enemies. But if such a state were created at the same time Israel reduced or abandoned its nuclear weapons capabilities, the impact could be more substantial. This scenario should not be dismissed out of hand.

What would happen if Israel were to actually relinquish its nuclear options? Under such hard to imagine circumstances, Israel would not only be more vulnerable to enemy first strikes, it would also be deprived of its essential preemption options. This is the case because any Israeli counter-retaliatory deterrence could be immobilized by reduction or removal of its nuclear weapons potential, and because Israeli preemptions could not possibly be 100% effective against enemy unconventional forces. A less than 100% level of effectiveness could be tolerable if Israel had a “leak proof” ATBM (anti-tactical ballistic missile) capability in the Arrow and Iron Dome systems, but such a capability is inherently unachievable.

We have seen that Israel could conceivably need nuclear weapons for, among several other essential purposes, nuclear war fighting. Should nuclear deterrence options and/or preemption options fail altogether, Israel’s “hard target” capabilities could be critical to national survival. These capabilities would depend, in part, upon nuclear weapons. 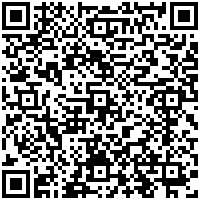