Knesset Member Nurit Koren (Likud) is most famous for her efforts to expose the truth regarding the kidnapped Yemenite children in the early 1950s, but two weeks ago she had a chance to see a different, more positive aspect of Israel’s Yemenite-Jewish heritage.

Koren, who heads a special Knesset committee on the missing Yemenite children, was among several MKs and thousands of others who took part in a festive Torah scroll ceremony at the renovated ancient synagogue in the Yemenite Village in eastern Jerusalem. The synagogue stands in the Kfar Shiloach (Silwan) neighborhood just outside the Old City walls, below the Temple Mount.

Kfar Shiloach is a perfect example of the renewal and growth of Jerusalem in our time.

It was founded back in 1881 when a group of Jews arrived from Yemen to help build the Holy Land. They originally headed for the Old City of Jerusalem, but when that did not work out, a local Jew named Yisrael Frumkin purchased a large plot of land to house them, just opposite the City of David and below the Old City.

Though the area today is densely built up, the Jewish immigrants were actually able to establish a farming community there, including four synagogues, a health clinic, and several stores.

At its peak, the community numbered close to 150 families, but many of them ultimately left because of Arab violence. In 1938, at the height of yet another wave of Arab pogroms, the British felt it would be easier to expel the remaining 35-40 Jewish families than to protect them. They promised that the Jewish refugees would be permitted to return when the violence died down but did not stand by their word.

In fact, the Jewish homes were taken over by Arabs, who flooded the neighborhood and created a new “narrative.” They named the neighborhood Silwan, ignored its Jewish heritage dating back to King David, and erased nearly all vestiges of the Yemenite Jews who all but founded it.

Only in 2004 – long after the hapless British Mandate in Palestine had been replaced by a proud Jewish state – did Jews return to their old homes in Kfar Shiloach. Some 40 Jewish families now live there, not including another 40-50 living nearby in the City of David area.

Arabs claim Silwan as a historically Palestinian Arab neighborhood, yet it was practically empty when the first Yemenite Jews arrived in the 1880s; the Turks and British themselves recognized it as a Jewish neighborhood.

Similarly, all of Israel was Jewish many centuries before the founding of Islam. Specifically, the Bible tells us it was promised by Divine decree to Abraham, whose descendants arrived there en-masse following their enslavement in Egypt well over 3,000 years ago. Here the Jewish national entity thrived, with a hiatus of only a few decades, for nearly a millennium and a half, until the Roman Empire exiled its majority. Where was Islam at this late date in the Land of Israel’s history? Still not founded.

How then did Jerusalem come to be so holy to Islam, if the religion was founded five-plus centuries after Judaism’s Second Temple there was destroyed? The answer is fascinating and revealing: Muslim ties to Jerusalem have always been based on political expediency.

The first time Islam “enhanced” Jerusalem was when Muhammad, in an attempt to win over the Jews living near his hometown of Medina, announced that prayers would be directed toward Jerusalem. However, as soon as he saw the Jews were not interested in his advances, he turned against them, slaughtering many and directing prayers in a different direction, toward Mecca.

Muhammad’s abandonment of Jerusalem was so total, writes Dr. Mordechai Kedar, that not only did he not mention the city even once in the Koran, but later, when Muslims conquered the Holy Land, they totally ignored Jerusalem and established their capital in Ramle.

But let us return to MK Nurit Koren and the connection between her present work and Kfar Shiloach. Upon attending the joyous Torah scroll celebrations there, she said, “As a Yemenite myself [her parents were born in Yemen] and as chair of the Special Committee on the Disappearance of Children from Yemen, the East and the Balkans, I am very moved at this important event of bringing Torah scrolls to the ancient synagogue in the Yemenite Village.

“This symbolizes the continued renewal of the community that made aliyah by foot to the Holy Land in 1881 and established Kfar Shiloach – proof of our rights in eastern Jerusalem.

“Special thanks to the Dobner and Kermier families for donating the Torah scrolls, and to Ateret Cohanim, and to the security forces, and to the families living here…”

Not that there are no problems in the Yemenite Village. Arab violence against Jews is not a daily occurrence but neither is it uncommon. Earlier this month a Molotov cocktail was hurled at a Jewish security vehicle, and in April, Arab youths threw rocks at a police patrol. Tensions there are higher these days because of the city’s planned demolition of several dozen illegal Arab structures, though tens of thousands more will remain standing.

As a postscript, let us note that last year, in March 2016, a final group of Yemenite immigrants landed in Israel, ending a complex and covert Jewish Agency-run operation. Among the arriving 20 Jews was the rabbi of the Raydah community, who brought with him a Torah scroll believed to be nearly 600 years old. Our efforts to ascertain its current location are ongoing.

To keep up with the ongoing efforts to build up Jerusalem and ensure that it remains united under Israeli sovereignty, and to take part in eye-opening bus tours of critical parts of the city, send email to tours@keepjerusalem.org or visit our website at www.keepjerusalem.org. 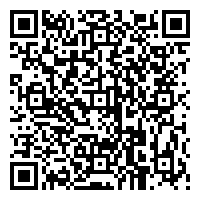