Attorney General Avichai Mandelblit on Friday announced filing an indictment, pending a hearing, against the wife of Prime Minister Netanyahu, Sara, in the “residences affair.” Ms. Netanyahu will be charged with fraudulently receiving some $100,000 for her part in ordering meals at the state’s expense without authorization.

This means that only one component of the case has been deemed as justifying prosecution, dispensing with three others, having to do with the state-owned patio furniture which Sara Netanyahu allegedly obtained for her private home in Caesarea; the electrician Avi Fahima who was allegedly employed at the Caesarea home contrary to regulations; and the nursing caregiver for her father, whom Sara Netanyahu hired at the expense of the prime minister’s residence.


If you think this is too petty to justify turning the state prosecution against the wife of a sitting prime minister, you should know that, back in 1977, then Labor’s candidate for Prime Minister Yitzhak Rabin was forced to resign after it had been discovered that his wife, Leah, neglected to close a $15,000 account in a US bank from her husband’s stint as Ambassador to the US.

Ezra Seidoff, the former deputy director general of the Prime Minister’s Office, is expected be indicted following Ms. Netanyahu’s hearing, for ordering extra-budgetary meals, as well as in the electrician affair.

According to a Justice Ministry announcement, between 2010 and 2013, Sara Netanyahu colluded with Seidoff “to create a false impression that the prime minister’s official residence on Balfour Street in Jerusalem does not employ a cook, despite the fact that throughout the entire period they employed cooks.” This was done, allegedly, to bypass a procedure that forbids ordering meals from restaurants and hiring chefs who cook at the residence when cooks are on hand.

Police investigation raised suspicions that in at least 15 cases, when chefs were invited to the prime minister’s residence to cook a meal for private guests of Ms. Netanyahu and her family, the invoices for those meals were forged so that the total cost of the meal was divided into more portions than the number actually served.

This was done, according to the pending indictments, to circumvent the provisions of the procedure with regard to the maximum amount of cooked food that can be ordered for any guest at the official residence when a cook is officially not employed, so that the chefs could be paid a higher sum for each portion.

According to the indictment, Seidoff instructed the chefs, the custodial manager and Sara Netanyahu’s secretaries to falsify the invoices for the meals, then signed each invoice and the accompanying letter explaining the special circumstance, and turned them over to the state accountant. It should be noted that Sara Netanyahu is not being accused of collaboration or even knowledge regarding these falsifications.

Prime Minister Netanyahu’s Facebook page posted a message Thursday night blaming the whole thing on the custodial manager, Manny Naftali, adding: “The allegations against the wife of the prime minister are absurd and will prove to be absurd. Sara Netanyahu is a courageous and honest woman and has never had any flaw in her actions. Alongside her work as an educational psychologist and child care expert, she spends a lot of time helping children with cancer, Holocaust survivors and lone soldiers.”

Regardless of how petty the charges against Ms. Netanyahu may be, should the AG present the indictments against her, and should this result in a conviction, it would mark the first blood drawn in a vast and ongoing battle between one of Israel’s most successful prime ministers and his relentless detractors. It would certainly weaken the PM’s position come the first indictment against him. 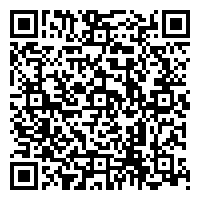