If one wants to comprehend the cruel ideology of Amalek, of a society so steeped in collective evil that the Torah insists upon collective destruction, one need only look at the latest Arab atrocity in the southern community of Otniel. A fifteen year old Arab teenager entered the home of Dafna Meir (may G-d avenge her blood!) and stabbed her to death in front of her children. A fifteen-year-old monster, whose father celebrated his murderous act. Arab society breeds such evil. In all likelihood, Dafna’s killer was groomed to murder Jews from conception.

Yet another Arab with a knife murdered a Jew, orphaning Jewish children and widowing a loving husband. Young people do not contemplate their graves, nor prepare for them. Last Motzei Shabbat, Dafna was surely contemplating another workweek. And yet, we have another unplanned for, freshly dug grave for a young Jewish mother in the prime of life.


Normal people do not tolerate the existence of vipers in their backyards. With the blood of every murdered Jew in Israel, there is a lesson to be driven into the thick Jewish skull that resides upon an even stiffer neck. The lesson of Arab evil. And so, instead of a lesson about Arab savagery, the lesson is invariably lost. With every act of Arab terror against a Jew, the responses and reactions ensure that Arabs will kill more Jews. Instead of screaming “throw them out,” Jews celebrate their own skewed notion of righteousness, with an unthinking insistence that “we are better than they are.” We ARE better than they are, but despite the perverted sense of pacifism that too many Jews adhere to, not because of it. The Torah is the only true system of justice, and the Halacha demands that we dispossess all hostile inhabitants, save for the righteous few who meet the halachic requirements.

We should ignore the calls of her husband, may he live and be well, that hatred is not the answer. Love is the answer for decent people, not for savages whose culture of slaughter compels a 15 year old to enter a home and murder a Jewish mother. From such people, we could learn a lesson from Shimon and Levi who understood how to respond to chillul Hashem. The diligent reader will note that when Shimon and Levi responded to Yaakov Avinu’s objections, Yaakov in turn fell silent. Yaakov’s concern was clear, yet it did not relate to the objective righteousness of the men’s actions. Unfortunately, too many contemporary religious readings of this incident, place Yaakov’s objections solely on moral grounds.

This is not the time or place for love. The Torah demands that we demonize and dehumanize the enemy. Hence the collective nature of biblical warfare. The Torah understood a timeless truth long before the most normal men understood the sensible notion of “Kill or Get Killed.” Tolerating the existence of evil is ensuring your destruction.

The response should, as the Torah commands, collective and brutal punishment as Bibi and his incompetents will never do, since his routine is predictable: tired, impotent promises of strong responses to terror, which usually amounts to nothing more than destroying homes. Moreover, naturally, there is the ever-present fear that that Bibi will release this ghoul in the near future.

It certainly does not help when religious Jews overlook the Halacha and, insisting there is certain work “Jews won’t do,” hire Arabs to enter their communities. They endanger their fellow Jews and they give a livelihood to our enemies. It is against Halacha and even in the absence of Halacha, it is insane. Even a thoroughly secular society that was sane would prohibit hiring enemies to undermine the security and enter their communities.

The Arab who smiles at you today may stab you tomorrow, or poison your coffee, as has happened in many Jerusalem restaurants over the years. This is the lesson we have seen acted out repeatedly. From the massacres of Hebron in 1929 up until the present time, we have seen how the local Arab friend, the proverbial exception, can become a foe overnight. When the call of “itbach el-yahud” (slaughter the Jew) goes out, even the Arab “chevrah man” can become a demon capable of unimaginable acts of barbarism.

We can expect no acts of biblical warfare from Bibi and his friends, nor from ANY of the mainstream politicians who are afraid to remove the shackles from their wrists. When the blood flows in the streets, things may finally change, if the failed system in place is discredited. In the meantime, we will have more funerals and wailing of orphans and widows.

The answer is not love. Love is for decent people. Not the modern Nazis and Amalekites who breed death. Not among the followers of Islam who celebrate their own children’s deaths as “smachot” as long as their poison offspring exploded Jews in the process.

In our own times, we have a problem, religious leaders who reinterpret Halacha through a universal prism, which mutes Jewish strength and relegates aggressive halachic injunctions as metaphors or archaic reflections of primitive times. In this sense, they often mimic the conservative and reform who have long ago abandoned any sense of unchanging Halacha. All is flexible and open to interpretation. The religious pluralist simply chalks up this process of flexible interpretation as an act of halachic interpretation.

The answer is not less aggression but rather more aggression, always directed towards those who deserve it. For the particulars, naturally, the Halacha is the sole guide, but if the Halacha were followed, there would be no more Arabs murdering Jews, because they would not be living in Israel. Mathematics would make it an impossibility.

Liberal Jews never learn. The most lofty, peaceful intentions mean nothing to the Arab who desires nothing more than Jewish blood. Otniel is no different from anywhere else in Israel. The hostile “neighbors” long for such opportunities. The peaceful coexistence that many so-called moderate settlements have is always a charade. Good times

become bad times, and the Arab will not differentiate between a Jewish soldier, a loving Jewish mother, or a nursing infant.

Too many strains of “religious Zionism” are permeated with some notion of possible coexistence with Arabs. Not that they are card-carrying leftists. Many of them purport to be right wing. However, it is a respectable version of “right wing” which refuses to generalize. Because generalizations are the domain of the zealous, and they refuse to become extremists. Yet in an insane world, it is the extremist who is normal, if his extremism is based upon truth. The extremist Halacha is clear about dealing with hostile elements in Eretz Yisroel.

Biblical warfare is no picnic. There is a reason. When you allow evil murderers in your midst, you ensure that you will never have a moments reprieve from the evil non-Jewish elements. It matters little whether they are Canaanites, Philistines, or Arabs. We either follow the covenant or suffer the consequence of our actions. It is all in the Torah.

No one is safe in Israel. Not in the liberated regions, not in Tel Aviv, and not in the quiet hills of the Negev.Not in the streets and not in our homes. As long as there are Arabs with knives, no one is safe. The sooner we discredit the prevailing system of corrupt and ineffectual leadership, the sooner we can cure the disease rotting the Jewish nation.

It is time for Netanyahu’s roadies to stop placing all the blame on the repugnant Shimon Peres. Every open-minded person knows that Shimon Peres is a dangerous nonagenerian who continues to endanger Israel. It’s Benjamin Netanyahu who is the head honcho; the blame starts from the top and filters downward. Netanyahu repeatedly sees fit to respond to Jewish tragedy with eloquent speeches. With his words and his inaction, there is only the promise of more Jewish casualties at the hands of Arabs.

When the Jewish slaughtered are lowered into the ground, the sin is not buried. The sensitive Jew forever hears the screams for vengeance. In the meantime, no one is safe in Israel.

No Jewish soul ever “yearned” for this. 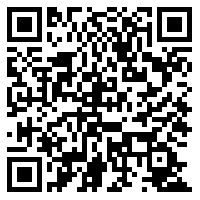