Rabbi Rick Jacobs, the President for the Union of Reform Judaism isn’t a happy man today. Netanyahu’s recent decision to scrap the plan for an egalitarian prayer space by the kotel has him agitated. You can be certain, that if you did something to upset the leaders of America’s reform movement, that in some measure, you acted appropriately, even if it was only done to retain political power. But we should ask ourselves, what kind of values and policies would have made a person such as Rabbi Jacobs happy? One need only look at the website for the Union of Reform Judaism to learn about the kind of world such a man envisions:

Putting It All in Context

As I’ve noted before, my personal beliefs and sentiments on the Kotel (Western Wall) differ from many popular religious sentiments. As a rationalist, I oppose the culture of “Wall Worship” associated with Herod’s retaining wall, and I view the practice of inserting kvitlach (letters to G-d) into the ancient stones to be an expression of unbridled religious fervor. I am disturbed by the reverence many people seem to have for the physical structure itself.


In truth, the Kotel represents destruction, and in certain areas we see and relive the destruction with the reminder of huge fallen stones right at our feet. The thoughtful person immediately looks at the fallen stones and looks upward, where the real manifestation of churban and chillul Hashem lies, atop Har Habayit, our holiest site. Were our priorities in order, the presence of The Dome of the Rock and the Al Aqsa Mosque would scream out at us and demand top priority. For on Har Habayit, the greatest example of the destruction of the Temple is naked and glaring, as is the perverse spectacle of a self-imposed dhimmitude.

Yet for many legitimate reasons, the Western Wall is a symbol of destruction. The Western Wall is important, historically, symbolically, and religiously, just not in the manner that most Jews relate to it. For those who won’t rely on the halachic positions permitting controlled halachic ascension, it is the closest the average Jew will approach the site of the Temple. The well-entrenched custom of praying and crying out to G-d at the Wall has led it to become the world’s most prominent outdoor synagogue. And so, standards of Halacha should be enforced, and the site should be regulated by religious figures committed to Torah.

And those who seek to publicly trample upon Jewish mores should be contested. The “Women of the Wall” is one such group. The movements of reform and conservative Jews who view halacha as man-made, flexible, and in large measure non-existent, are another. Such groups have no reverence for true Torah, and their religious policies and practices are largely responsible for the spiritual destruction of Judaism. Rabbi Jacobs and his ilk cannot fulfill the basic mandate to keep Jews Jewish, so why are they worried about whether women can wear talitot and kipot at the kotel?

In truth, there are problems with the politicized Chief Rabbinate, and certain religious sectors are fueled by notions many of us religious Jews also deem inimical to halacha. Yet despite these real issues, the nonsensical notion of ‘scrapping it all’ would lead to halachic anarchy. In the case of the reform and conservative crusade for egalitarian prayer at this most sensitive Jewish site, we have a war against Torah, a war against boundaries, a secular jihad against modesty and propriety.

In truth, many religious Jews share the blame. Groups and individuals who behave inappropriately on other issues, or give tacit approval to those who do, lose all credibility on this issue, or on any other representing halachic values. For example, those who throw rocks at ignorant “captured babies” on Shabbat, or spit on women whose dress code doesn’t meet their standard, or who physically harasses religious soldiers, have nothing to say on this, or ANY other halachic issue. Furthermore, one who places a black hat on the seat next to him on the bus, to prevent a woman from sitting down, or fails to rise and allow an elderly person to sit, these people have nothing to say about matters of menschlikeit or halacha. When they join the battle-cry, it is the war-cry of the hypocrite.

Many fine secular people would love to see an egalitarian section. Yet I ask the most sensitive and intelligent of these people to consider the following point:  If the site is religious, shouldn’t basic respect demand that traditional normal Torah mores hold sway? Shouldn’t an ancient religious site be maintained according to traditional precedent? Wouldn’t decency require that one respect the historical standard of religious expression?

Certainly, the l’hachis nature of many WOW activists betrays that they are not engaged in a holy mission. It is too orchestrated, too aggressive, too eager to violate many of the “rules” they promise to follow. It is militancy personified and one cannot reason with a zealot. Unfortunately, the secular zealot is often given a degree of latitude that a religious person isn’t afforded.

If the lives of unborn babies are not sacred to these Wall activists, why the zealous war for egalitarian prayer? What is a greater principle in Judaism, human life or personal expression? The answer lies at the core of their belief system. Their shema is the clarion call of “free choice,” their Torah, the secular notions and mores of western values. Sanctity does not exist. Selfish, narcissistic, self-expression, is a holy tenet. And when Torah stands in the way, Torah must change for them. Since the inception of these perfidious movements, this has been their tactic.

How did we reach this point with the Kotel? As in most contentious issues of religion and state, we can surely blame unscrupulous politicians and the Moloch of political pandering for this mess. The time-honored practice of appeasing liberal Jewry to pander to one segment and then having to balance the religious reactions (and vice versa), was an inevitable powder keg waiting to go off. Shame on these politicians. At the very least they could have stated a logical rule: Matters of tradition should be left to those who adhere to it as it was always practiced.

Without a doubt, there are problems with the Chief Rabbinate. Any system where halacha is politicized and compromised by real politick is a disgrace to the system. Yet the absence of any standard, flawed as these institutions are, leads the way for the thoroughly godless to step into the void. Such a possibility endangers the Jewish people. The answer is not halachic anarchy.

The manifestation of anti-halachic behaviors which are given government sanction, represents an assault on Torah. Egalitarianism represents the death of halacha. We cannot return to an age where the kotel was not a large outdoor synagogue. So the patronizing solutions of weak-kneed religious liberals to disallow ANY prayer is certainly not the answer. That will not happen, and such a suggestion is equally insensitive to traditionalists. As such, the sanctity of the large outdoor synagogue must be maintained. It is no place for liberal social expression. It is a site where the halacha should be respected even by those who view halacha as a hindrance.

Would these enlightened activist types enter a mosque or a church and demand change? Let them respect the laws of the Torah or go away. The First and Second Temples were built according to halachic criteria as were the rituals of sacrifice and service. How dare people decide to use the remnants of our sacred temples to undo the very system that built them.

This is a contentious issue, and despite the oft cited need for achdut-unity and brotherhood-which is indeed a Jewish ideal, such things can never be celebrated in a culture of anti-Torah values. Achdut was never a value when the prophets waged war with idolatry and Jewish idolaters, and tragically, secularism represents the paganism of our times. This is a painful truth, but truthful nevertheless.

If they were at the Vatican, these hypocritical activists would respect the traditions of the place, as they would the practices and decorum of mosques. Many of these frauds tolerate and defend Islamic barbarism under the framework of cultural tolerance, yet have utter contempt for religious Jewish conventions that are far less “oppressive.” To these types I say, go back to America and your Reform platform. The Western Wall is not your personal laboratory for liberal social experimentation.

Go home, “Rabbi” Jacobs. Go fight for the “right” of the transgendered to enlist in the U.S. Army while ignoring the rising tide of black supremacy and the BLM movement. Go fight for “the stranger” while ignoring the true interests of Jews and Judaism. But stay away from Israel. We have enough problems here, and we don’t need more smoke from strange fires corrupting an already confused populace. 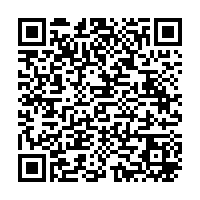