Last week, Hanan Ashrawi launched a hilarious attack on US Ambassador to the UN Nikki Haley for being too pro-Israel.

Her full statement is revealing on many levels. It shows that anyone who calls out the obvious anti-Israel bias in the UN is absolutely frightening to the PLO.

For example, here is how Ashrawi described Haley’s statement about the recent UNESCO vote to sever any Jewish ties to the second-holiest place in Judaism:

[Haley’s] most recent attack only days ago includes sending a letter to the UN Secretary General and the Director General of UNESCO asking the organization to withhold designation of religious sites in Hebron as Palestinian World Heritage Sites In Danger. The letter is consistent with her policy of ‘distract and deflect’, where she states ‘many precious sites – from the Democratic Republic of the Congo to Libya to Iraq to Syria – are under real and imminent threat of destruction today. They urgently demand UNESCO’s full and immediate attention, which should not be wasted on this sort of symbolic action.’ This approach has been a consistent means of evasion to exclude and suppress any consideration of Palestinian grievances at the UN. By creating diversions and focusing on other issues, Miss Haley seems to believe that the UN should give Israel a free pass based on the logical fallacy that one injustice negates another.

Yes, Ashrawi is saying with a straight face that a UN that is singularly obsessed with attacking Israel and promoting a terror-supporting Palestinian state is actually being limited in its anti-Israel actions.

Putting the Palestinian issue in context is terrifying to Ashrawi and the PLO.

Through an obsessive and targeted campaign of intimidation and threats, Miss Haley’s crusade does not miss an opportunity to put pressure on anyone that seeks to challenge Israeli impunity and persistent disregard for the imperative of civilized behavior. Her tone, language and approach echo those of Israeli Prime Minister Netanyahu, Israeli UN Ambassador Danny Danon and the priorities of Sheldon Adelson and his ilk, rather than official US policy.

After decades of being able to attack Israel with no opposition, the PLO has no idea how to handle someone who actually shows that the emperor has no clothes. So Ashrawi and the PLO go back to their old habits of insult – hoping that people still care about their perspectives.

And the amount of people in the world who care is diminishing quickly.

Ashrawi called Haley’s opinions a “crusade.” Three times she used that term, which is meant to inflame Muslim passions more than to illuminate the truth.

But perhaps the funniest part of this diatribe is not just the PLO’s panic, but Ashrawi’s consistent referral to Haley as “Miss Haley.” Five times Ashrawi refers to her with that title, rather than calling her “Ambassador Haley” as would be appropriate. In fact, she didn’t refer to Haley as an ambassador once.

Haley is married, to Michael Haley, an officer in the South Carolina Army National Guard.

Ashrawi knows English quite well and she deliberately used language to insult Haley as a girl rather than one of the most important diplomats in the world. This reveals, above all, the immaturity of the PLO’s own diplomatic corps – they might use the language of diplomacy when they must, but in reality they are filled with nothing but disrespect and hate towards anyone who doesn’t follow their own agenda that they have been pushing for nearly fifty years at the UN and elsewhere.

The PLO gravy train is over, and Ashrawi is now reduced to temper tantrums for no longer being treated as a spoiled child. 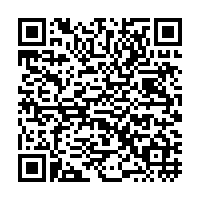