Last Friday, the Western Wall underwent an unwelcome transformation from sacred site to media circus as the group known as the Women of the Wall sought to hold a decidedly non-traditional prayer service.

Not content with the idea that their worship would be seen by our Father in Heaven, the women went one step further and made sure that plenty of writers, journalists and cameramen from Israel and abroad were there to film their disregard for time-honored Jewish practice.


Waiting there to greet them were thousands of young religious women who had heeded the calls of leading rabbis to demonstrate support for maintaining the status quo at the site.

Not surprisingly, it didn’t take long for things to get out of hand, and hundreds of policemen were needed to prevent an outbreak of violence.

As Jerusalem Police Commander Yossi Parienti said, “It pains me to see the Western Wall become a battlefield.”

But that, sadly, is exactly what occurred.

Whatever one may think of the Women of the Wall and their cause, there is no getting around the fact that they bear the lion’s share of the blame for this sorry situation.

For all their talk of fairness and spirituality, the Women of the Wall have demonstrated an astonishing amount of unholy hypocrisy in how they seek to achieve their objectives.

Take, for example, the issue of adhering to the rule of law.

Over the years, as they lost battle after battle in the courts, the Women of the Wall felt little compunction about upholding the law. They repeatedly defied police instructions, occasionally getting arrested in the process.

And yet now, after finally finding an agreeable judge last month who permitted them to don prayer shawls and phylacteries at the Wall, they solemnly speak of the need to uphold decisions made by the court. In other words, as long as the court agrees with them, they will be happy to respect its rulings.

Interestingly, these same would-be heroines of human rights have remained remarkably silent about the discrimination faced by all Jews – men and women alike – who ascend the Temple Mount.

Recently, I asked a long-time adviser to the group the following question: if the Women of the Wall truly believe in freedom of religious practice, why don’t they also protest the restrictions imposed on Jews who wish to pray on the Temple Mount?

The answer I received was as revealing as it was shocking: they don’t believe Jews should be allowed to pray on the Mount, she said.

Clearly, then, this is a group with an agenda, and not one that is overly concerned with pesky matters such as principle or intellectual consistency.

Sure, they believe in freedom of religion, but only when it suits their politically liberal worldview.

Indeed, a revealing glimpse behind the group’s thinking was provided by one of its leaders, Anat Hoffman, in an appearance last month on the BBC. After the interviewer said to her, “I want to understand – are you just trying to change the setup at the Western Wall or is your point a broader one about Judaism?” Hoffman did not hesitate to show her cards.

“I think when you change the holiest site of the Jewish people you are actually asking why not about a variety of other life choices dictated to Israelis by the Orthodox monopoly,” she said.

“I am also questioning why are the Orthodox the only ones in charge of marriage and divorce in Israel?… Some of us wish to get buried not by Orthodox custom but by Reform, Conservative or secular custom,” Hoffman added.

So even by their own admission, the Women of the Wall aren’t really focused on the Wall – their aim is to exploit this symbol and use it as a bridgehead in order to tear down Orthodoxy in the Jewish state.

Moreover, Jewish Agency Chairman Natan Sharansky recently proposed a compromise under which Israel would construct a separate section for so-called egalitarian prayer services in order to defuse the tensions. This would have given the Women of the Wall a place to congregate and pray without causing strife and confrontation.

But rather than embracing this and working to find a solution, the Women of the Wall instead came looking for a provocation. Clearly, their activity isn’t about the saintly exercise of devotion. It is a cynical act of manipulation, one with strident political overtones that reek of impiety. 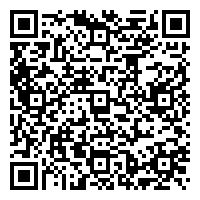