Israel’s government did not want to liberate Jerusalem. Or to be more specific, the Labor and National Religious Party ministers did not want to liberate Jerusalem. “Who needs that whole Vatican?” Defense Minister Moshe Dayan explained at the time. Prime Minister Levi Eshkol had an understanding with Jordan’s King Hussein that there would be a bit of “pyrotechnics” in the Armon Hanatziv area of Jerusalem, so that he could show Egyptian president Gamal Abdel Nasser that he was doing something. But there was a Supreme Force that had other plans, and the Six-Day War became the war that military experts cannot logically explain. I call this war “The War of Miracles.”

It was a “coincidence” that one small aspect of these miracles became known to me. Approximately six years ago, while driving home one evening, I was listening to a radio interview with reserve General Avihu Ben-Nun, who was a young pilot in that war.

Ben-Nun told the listeners how he had taken off with the entire air force, flying very low so as to keep off Jordan’s radar screens. When the entire air force takes off together in total radio silence, circles over the waves, and reaches Egypt’s airports from Cairo without being detected and without hitting each other, a major miracle has occurred. But something even bigger happened.

While bombing the Egyptian airfield as instructed, a heavy Egyptian bomber that was about to land in the airfield surprised Ben-Nun. He was forced to choose between hitting the bomber and carrying out his original mission. He chose to stay with his mission. Other Israeli jets chased the bomber, but its experienced pilot managed to escape them with impressive aeronautical skill.

Years later, when Ben-Nun was a civilian, he met a Jordanian businessman who told him that he was the air controller in the control tower that was monitoring Israel’s airports from Ramallah. During the days before the outbreak of fighting, Israel’s leadership begged Hussein not to join in the war instigated by the Egyptians. The young Hussein was nearly convinced, but at the exact hour that Ben-Nun and his fellow pilots were bombing in Egypt, Nasser told Hussein, “Our airplanes are bombing Tel Aviv; Haifa is being shelled from the sea. Do you want to lose Jerusalem?” Hussein was suspicious, so he called the air controller in the control tower.

“Hussein asked me if I see Egyptian planes over Tel Aviv,” the Jordanian businessman told Ben-Nun. “I told him that I don’t see anything of the kind. Then, while we were still talking, my screen was suddenly filled with hundreds of Egyptian planes on their way to Tel Aviv. I excitedly reported the new information to the king.”

The air controller, who could not see the Israeli planes on their way to Egypt, could now see Ben-Nun and his friends on their return flight to Israel after destroying the Egyptian air force on the ground. At this point, they were flying at the normal altitude. He thought they were Egyptian planes. That phone conversation convinced Hussein to enter the war, ultimately resulting in the liberation of Jerusalem, Judea and Samaria.

If not for this wondrous “coincidence,” Jerusalem would have remained in Jordanian hands. But that’s not all: “The only thing that I didn’t do right on that day,” Ben-Nun finished the interview, “was when I decided not to go after the Egyptian bomber. It turned out that the Egyptian chief of staff and the entire army command was in that airplane.”

It was then that I remembered a different interview with Uri Milstein in the Nekuda magazine, which illuminated the same story from a different angle. Milstein did not mention Ben-Nun, but he did say that in the merit of the mistake of the Israeli pilot who decided not to down the Egyptian bomber, the Egyptian chief of staff was saved.

“That mistake turned out to be very fortunate,” Milstein explained. “The skillful evasion techniques of the Egyptian pilot shook the poor Egyptian chief of staff up, and while still in the plane he ordered his army to evacuate the entire Sinai Peninsula.”

The Egyptian armored forces were deeply entrenched in Sinai – Soviet-army style. Breaching that alignment could well have cost Israel many lives and significantly lengthened the war. But after the chief of staff’s directive, the Israeli jets refueled, took off again and attacked the retreating Egyptian armored forces. The war in Sinai basically turned into a pursuit of cowards making a hasty retreat. 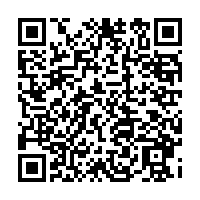