Earlier this month, a man in uniform you have probably never heard of sat down at his desk and took a quick glance at the piece of paper in front of him containing a military order.

The language was bland and lackluster, bearing no emotion and revealing nothing concerning the momentousness of the event at hand.


But when Nitzan Alon, head of the IDF Central Command, affixed his signature at the bottom of the page, conferring formal recognition upon Rehalim as the 32nd Jewish community in Samaria, it marked a major victory for those who love the Land of Israel.

Located north of Eli and east of Ariel, Rehalim’s story is one of determination and fortitude born out of tragedy. And it should inspire all those who are anxious about the future of the Jewish presence in the cradle of our civilization.

Rehalim’s story stretches back more than two decades, when international pressure began to mount on Israel to make a deal with the Palestinians.

On October 28, 1991, just days before the start of the Madrid peace conference, Palestinian terrorists attacked an Israeli bus that was on its way from Shilo to a rally organized by the Council of Jewish Communities in Judea, Samaria and Gaza.

The bus driver, Yitzchak Rofeh, as well as Rachel Druck, a mother of 7 children, were murdered.

Afterward, Druck’s friends erected tents at the site of the killing and eventually received permission from the government to set up a civilian outpost and religious seminary there. They chose the name Rehalim as a way to memorialize Druck as well as Rachel Weiss, who had been murdered by terrorists three years previously.

By 1997, the government had agreed to upgrade Rehalim from an outpost to a community and it began to flourish, but for reasons that are unclear, the defense minister did not sign off on the final permit, which was the last remaining bureaucratic requirement.

Eight years later, that came back to haunt the community when a report commissioned by Prime Minister Ariel Sharon declared Rehalim to be “an unauthorized outpost.” As a result, all building at the site was halted and no development work was permitted. Even the construction of a kindergarten for children was prohibited, and it looked as if Rehalim’s future was in doubt.

But then an unwitting redeemer appeared from the most unlikely of places.

As part of its campaign against Jewish life in Judea and Samaria, the left-wing Yesh Din organization filed a petition with Israel’ Supreme Court with the aim of compelling the government to remove Rehalim and other outposts.

This measure forced the government’s hand, and last year it informed the court that Rehalim would receive the final approval necessary to formalize and legalize its status.

And so the long, winding and torturous process of making Rehalim “official” came to a happy conclusion when Nitzan Alon in effect signed its birth certificate just a few weeks ago.

It is hard to overlook the delicious irony in all of this. Had Yesh Din not filed its petition, who knows if the government would have bothered to address Rehalim’s status?

Paradoxically, the left-wing activists at Yesh Din were driven by a desire to tear down Rehalim, but they turned into an instrument for ensuring its permanence. Moving forward, they might want to think twice before taking to the courts to subvert Jewish life.

But the real heroes of this story, of course, are the brave men and women of the community itself, who endured years of uncertainty with the threat of evacuation hanging over their heads. Just imagine trying to build a life for yourself and your family when you know that at any moment the court or the government can decide to uproot you and remove you from your home, all because of a bureaucrat’s signature.

But guided by faith and a deep-seated belief in the justness of their cause, Rehalim’s pioneers persisted and did not yield to despair.

They were rewarded this month with formal approval, proving that sometimes, all it takes is the stroke of a pen to alter the course of Jewish history.

And that is something that should motivate us all. For despite the challenges and difficulties that Israel may face, and the wave of international opprobrium, the return of the Jewish people to its land can and will continue. 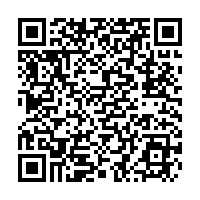