Interestingly, the custom of HaGaon Rav Shlomo Zalman Auerbach (as recorded in V’ahleihu Lo Yibol) was to sit during chazarat hashatz. He, moreover, noted that the Minsker Gadol believed that the ruling of the Rema is contrary to the generally accepted halacha.


How so? It is well known the instructions in standard machzorim tell the congregation to stand for the recitation of vidui on Yom Kippur – which takes place during chazarat hashatz. This naturally implies that the congregation may sit for the rest of chazarat hashatz. If everyone were already standing, instructions to stand up would make no sense. Rav Auerbach maintains that although litvisher yeshivot (and the Mishnah Berurah) follow the ruling of the Rema, the minhag ha’olam has always been to remain seated for chazarat hashatz. The Ari HaKadosh is also reputed to have sat during the repetition of the Amidah.

Why then are an increasing number of Jews standing up during chazarat hashatz nowadays? My theory is that this phenomenon is due to the loss of many shomrei Torah during the generation of the Holocaust – either to Nazi persecutions or to economic difficulties. My mother, who was born in America, recalled that during the Great Depression, many people knew that “if you do not come to work on Saturday do not come back on Monday.” To feed their families, many Jews worked on Shabbat (even as some continued davening in shul on Shabbat in early minyanim).

In such a situation, I believe the yeshiva leadership assumed the role of surrogate father to many young people. I remember once hearing HaGaon HaRav Yitzchok Hutner claiming that “students are orphans in the lifetime of their parents.” The roshei ha’yeshiva assumed they were the surrogate fathers to their students and instilled in them that following halacha meant following the method of the Mishnah Berurah. They preached stringency and altered the proper role of halachic deciders. Stringency became the mode and lenient communal halacha was looked down upon. They almost succeeded since synagogue rabbis generally refrained from presenting their claim to halachic validity.

Nonetheless, the fact is that the lenient halachic approach of the Modern Orthodox world is more in line with traditional halachic guidelines than that of the yeshiva and chassidic worlds. 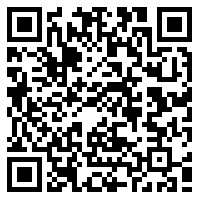