Home InDepth Columns Germany To Pay For Auschwitz Conservation
Share on Facebook
Tweet on Twitter
Since the end of the Shoah there has been a debate of what to do with the various death camps in Poland. Today more then 60 years after the end of the Holocaust the debate continues.
Some say that the places are too horrible a reminder of those terrifying days when the Germans and their collaborators killed millions of people for no justifiable cause. Some want the original structures to be left alone and deteriorate till nothing is left but a memorial to those that perished, similar to what is found today at Sobibor, Treblinka, and Belzec.
It had been decided that the two most complete concentration camps in Poland, Auschwitz and Majdanek, be preserved to remain as evidence against the crimes perpetrated by the Germans during the Shoah.
The most commonly known, Auschwitz, was chosen as the showpiece for the world to come and visit, mourn, learn and try to comprehend how low humanity can go.
In Auschwitz today there is a sharp contrast between the two main sections of the camp. In Auschwitz 1, most of the buildings are still standings and it is where most of the displays are. In Auschwitz II, Birkenau, there are only a few barracks left standing complete.
The ruins of the crematorium and gas chambers are open to the elements, as well as the black pools where the ashes of the victims were unceremoniously dumped. The field of barracks other then those on the perimeter only have their chimneys remaining, as one visitor remarked, “Like broken teeth of a corpse.”

Field of chimneys where once the barracks stood
Germany will help pay for urgently needed conservation work at the Auschwitz concentration camp memorial in Poland. A spokesperson for Germany’s Foreign Ministry told the German news agency DPA Wednesday, “We continue to see the task of keeping the memory of the Holocaust alive as one of Germany’s central tasks.” The amount of Germany’s future contribution has not been revealed. Germany provided about $19 million conservation work in the 1990s, and reportedly Poland had pledged to carry ongoing costs.
Historian Volkhard Knigge, the director of the memorial at the Buchenwald concentration camp in Weimar, Germany, told DPA that the Auschwitz site is badly in need of conservation rather than restoration. Every restoration destroys some trace of the past, he said, warning against any measures that might soften the brutal effect of Auschwitz’s structures and landscape.
Auschwitz memorial director Piotr Cywinski had requested international help last year to keep Auschwitz open. A total of $66 million is needed.
Poland provides about $3.2 million annually, and the same amount is brought in from book sales at the site’s shop, DPA reported. In addition the European Union is considering proposals to create an international foundation with an endowment of $157 million to support the memorial using accrued interest.
In related news, an online educational archive on Nazi Germany’s slave labor program is slated to open January 22 at the German Historical Museum in Berlin.
The “Forced Labor 1939-1945” archive will include hundreds of audio and video interviews with survivors. The project is a combined effort of the museum, the Free University of Berlin and the Foundation for Remembrance, Responsibility and Future, a fund created with German federal monies and contributions from German companies that used slave labor during the Nazi period.
The preservation work at Auschwitz has been an ongoing project since the site opened many years ago. It has been said that, other then the ruins, there is practically nothing original to the site. But the place has to remain standing as a memorial and learning center so that we will hopefully never see another Auschwitz built again.
Advertisement 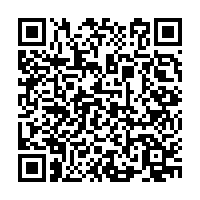